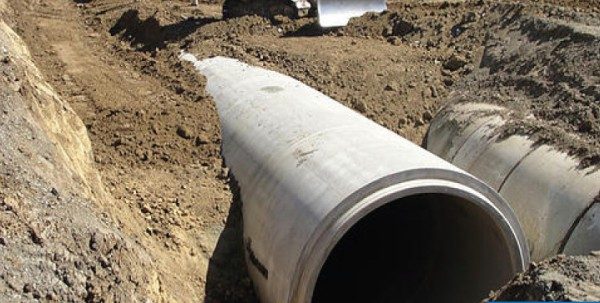 Some residential areas in Gweru were affected by flash floods following the incessant rains, with critics saying this exposed the poor workmanship by the council and land developers.

VUNGU Rural District Council (RDC) has partnered with a Gweru land developer, River Valley Properties on a road and drainage rehabilitation programme to minimise the effects of flash floods that hit Woodlands Phase one suburb.

Some residential areas in Gweru were affected by flash floods following the incessant rains, with critics saying this exposed the poor workmanship by the council and land developers.

Woodlands Phase One was one of the worst affected owing to a poor drainage system.

Although the housing project was handed over to Gweru City Council in 2013, River Valley chief executive Smelly Dube said they could not ignore the plight of beneficiaries of the scheme.

“We felt we could not just build houses for people and when they are affected by natural disasters we ignore their plight,” Dube said.

“As part of our corporate social responsibility programme we will endeavor to make sure that beneficiaries of our housing projects are continuously assisted in times of need.

Following the floods, motorists were facing challenges in navigating the roads.

The area falls under Vungu RDC. The local authority chipped in with tipper trucks that supplied gravel to rehabilitate the damaged roads.

“There is also a need for residents to ensure that drainages are litter free,” he said.

A representative of the affected residents Emma Tapindwa applauded River Valley and Vungu for the “timely intervention at a time when most roads and drainage systems in the city have been damaged by heavy rains.”

Mnangagwa allies turn heat on Zec
Polad’s governance and legislative agenda chairperson Lovemore Madhuku said there must be evidence that the delimitation outcome was a collective effort from Zec commissioners.
News
By Tafadzwa Kachiko
8h ago

NGOs under siege as ED tightens noose
The PVO Amendment Bill was passed by the National Assembly last year despite heavy criticism by opposition legislators and it is now before the Senate.
News
By Privilege Gumbodete
9h ago

Punitive laws drive sexual minorities away from HIV services
AHF is a global non-profit organisation providing cutting-edge medicine and advocacy to over 1 700 000 people in 45 countries, including Zimbabwe.
News
By Staff Reporter
9h ago

News in depth: Trapped: Zim’s sports stars caught in drugs, substance abuse scourge
As the country resumed football activities after the Covid-19 lockdown last year, the nomadic coach who is now based in Botswana, made a bold, shocking and also revealing claim.
News
By Henry Mhara
9h ago