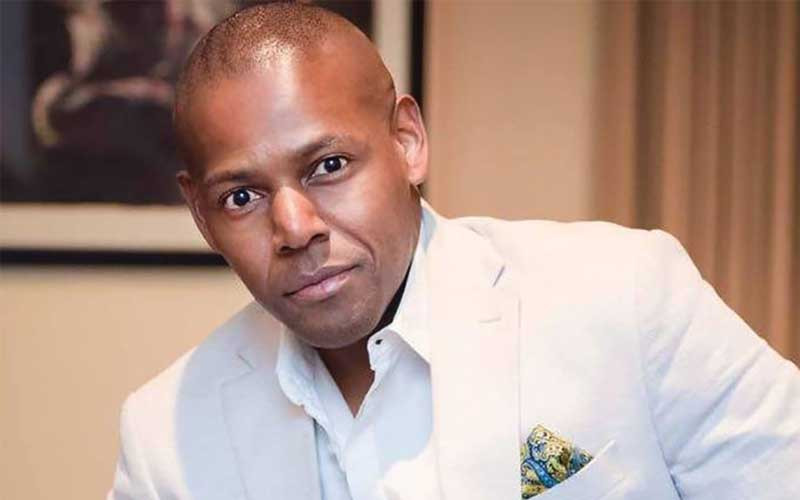 SOUTH Africa-based Zimbabwean businessman Frank Buyanga still has two warrants of arrest hovering over his head after the cancellation of another one by a Harare magistrate, it has emerged.

Buyanga was arrested in South Africa on November 10 on charges of child trafficking, immigration violations, forgery and contempt of court.

In a bid to secure his freedom, Buyanga’s lawyer Admire Rubaya approached the magistrate court arguing that the warrant of arrest was applied for by a junior officer.

Magistrate Judith Taruvinga, who issued the warrant, cancelled it on the basis that it was erroneously applied for by a low-ranking police officer, Seargent Lilybirth Ndlovu.

In a bail hearing at the Randburg magistrates’ court in South Africa on Thursday, Buyanga's lawyer Advocate Hodes informed the court that Zimbabwe's chief magistrate Learnmore Mapiye had sent an email to the director of public prosecutions (DPP) in South Africa informing them of the cancellation of the warrant.

Buyanga was denied bail and the matter was pushed to Tuesday to allow the South African court to verify Mapiye’s email. The NPA has since responded via diplomatic channels.

Police spokesperson Assistant Commissioner Paul Nyathi yesterday said there were “some discrepancies” at the NPA concerning the cancelled warrant of arrest.

“So it’s Detective Inspector Chirape. who issued an affidavit to back that application.

“However, there were some discrepancies that occurred with the National Prosecuting Authority such that Chirape's affidavit was not considered when Buyanga's application for cancellation of his warrant of arrest was heard in court.

“We are engaging with the NPA on that matter."

Buyanga was arrested on November 10 and the cancellation of the warrant was done four days later when it had been executed and was no longer in force.

There are also two warrants of arrest still against Buyanga — one issued by High Court Judge Justice David Mangota and the other by Justice Jacob Manzunzu.

Buyanga’s warrants emanated from his custody wrangles with Chantelle  Muteswa.

According to a warrant of arrest by Mangota, Buyanga is guilty of three counts of contempt of court as defined in sections 82 (1) and (2) (e).

Mangota said Buyanga had impaired the dignity, reputation, or authority of the High Court of Zimbabwe.

On October 21, 2021, the Constitutional Court refused to hear an application by Buyanga on the grounds that he had violated several court rulings.

Muteswa’s lawyer Munyaradzi Bwanya said: "The circus at Rotten Row is an attack on the position taken by the superior courts and an attack on the anti-corruption establishment seeking to bring the suspect to book."

Before his arrest in South Africa he has been negotiating with Muteswa to be removed from the Interpol red list, but the NPA refused, claiming this was interference.

“We have noted the contents therein alleged unlawful request being made by Mr Buyanga who is a fugitive from justice here in Zimbabwe,” Justin Uladi, Acting Deputy Prosecutor General, Operations wrote to the Muteswa's lawyer Choice Damiso on September 7, 2022.

“The position of the law is very clear. Ms Muteswa is not a party to the proceedings involving the state and Mr Buyanga.

“She is merely a witness in the case.

“Therefore, Ms Muteswa does not have any influence on the decision to prosecute Mr Buyanga.

“She cannot motivate the state to drop the serious criminal charges that Mr Buyanga is facing in Zimbabwe.”

Uladi added: “In view of the foregoing, we view this attempt by Mr Buyanga to try and influence Ms Muteswa to 'motivate' the Prosecutor General to withdraw charges against him as interference with state witnesses, and therefore an attempt to defeat the course of justice.”

Mnangagwa allies turn heat on Zec
Polad’s governance and legislative agenda chairperson Lovemore Madhuku said there must be evidence that the delimitation outcome was a collective effort from Zec commissioners.
News
By Tafadzwa Kachiko
11h ago

NGOs under siege as ED tightens noose
The PVO Amendment Bill was passed by the National Assembly last year despite heavy criticism by opposition legislators and it is now before the Senate.
News
By Privilege Gumbodete
12h ago

Punitive laws drive sexual minorities away from HIV services
AHF is a global non-profit organisation providing cutting-edge medicine and advocacy to over 1 700 000 people in 45 countries, including Zimbabwe.
News
By Staff Reporter
12h ago

News in depth: Trapped: Zim’s sports stars caught in drugs, substance abuse scourge
As the country resumed football activities after the Covid-19 lockdown last year, the nomadic coach who is now based in Botswana, made a bold, shocking and also revealing claim.
News
By Henry Mhara
12h ago