Alarm as political violence cases spike ahead of 2023 polls 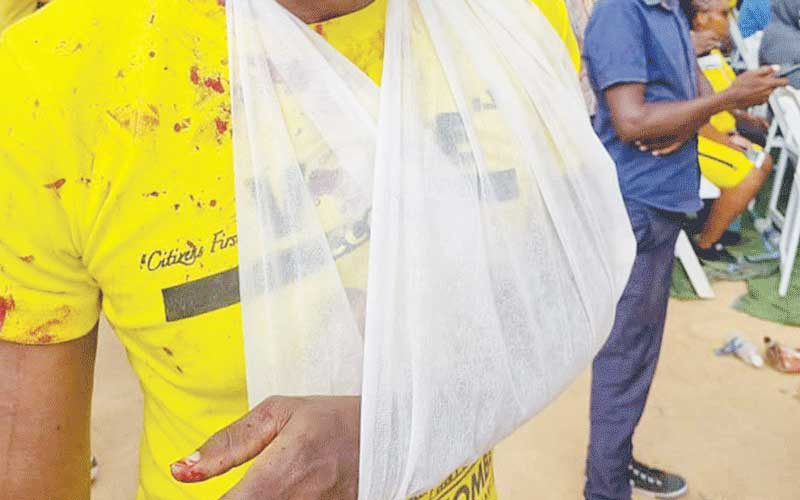 Chances of Zimbabwe holding peaceful elections this year are fast diminishing as violence against the opposition Citizens Coalition for Change (CCC) is escalating and security forces are becoming more hostile towards government critics, political analysts have warned.

In the past few weeks, the country has seen CCC members being brutally attacked by alleged Zanu PF activists with police not offering them protection.

In another incident 26 CCC members including two legislators and a minor were arrested in Harare’s Budiriro suburb for holding a meeting at a private residence.

Last week there was an outcry by civil society organisations and lawyers who argued that the lack of respect by the police and the state towards lawyers would leave civilians in a vulnerable state ahead of elections.

Analysts who spoke to The Standard said the unfolding events were an indicator that there was no possibility of free and fair elections as Zanu PF was going for broke to remain in power.

“Their fear of political competition and the one-party-state mantra prompts them to intimidate, arrest, beat up and kill opponents,” Ngwenya said.

“The year 2023 is going to be worse because Emmerson Mnangagwa has totally failed to deliver.

“He now relies on captured state institutions and lawfare to rescue his dwindling political capital.”

Ngwenya said the tactics of arrests and intimidation of opposition members by the government amounted to cowardice.

“These are cowards whose only strategy is intimidation. As Jonathan Moyo once said, ‘Mnangagwa is unelectable’,” he added.

Academic and political analyst Pedzisai Ruhanya said the possibility of a free and fair elections in Zimbabwe was a mirage.

“It is not possible to have an even electoral platform in Zimbabwe or under competitive authoritarian regimes, who use the menu of electoral manipulation that includes violence, voters' roll rigma role gerrymandering of the delimitation process,” Ruhanya said.

“All these are a hybrid of tactics meant to tilt electoral processes in favour of the incumbent, being the ruling party.”

Ruhanya also said free and fair elections have not been possible since 1980 when Zimbabwe got its independence from Britain.

“The question of a free and fair election in Zimbabwe remains a mirage,” he said.

“It is not only about this election.

“We have what we call party- state-conflation where there is no difference between the party and the state, what can the opposition expect to get?

“Elections in Zimbabwe have been riddled with violence  and capture of the state by the ruling party.

“If lawyers are beaten up, what about some old woman in Jerera, Zaka?”

Another political analyst Kudakwashe Munemo said as long as the process leading to elections remained compromised, chances were that the outcome would be disputed.

“The electoral playing field is and will not be level to guarantee free, fair and credible elections for the process leading to the actual election,” said Munemo.

This was revealed in the latest academic journal by the Democratic Governance and Rights Unit (DGRU) in collaboration with the University of Zimbabwe, the Zimbabwe Human Rights NGO forum and the University of Cape Town.

The journal stated that there is a gap between the constitution and practice; which is a major drawback on the prospects for free, fair and credible elections — in particular the freedom of assembly and association in electoral processes. It also pointed out that the repressive Public Order and Security Act (Posa) was repealed and replaced with a similarly repressive Maintenance of Peace and Order Act (Mopa), which has almost identical clauses.

“Mopa, however, retained most of the retrogressive provisions of Posa,” the journal reads.

“Notably, Section 7(1) (a) and (b) of Mopa requires convenors of gatherings to give a minimum of seven days and five-days’ notice of their intention to conduct demonstrations and public meetings respectively.”

Mopa  was  recently used  by the police to arrest 26 CCC activists including Mkoba MP Amos Chibaya and Budiriro MP Costa Machingauta for allegedly participating in a gathering to promote public violence.

“Mopa remains a repressive law that does not enable freedom of association and assembly,” the journal says.

“Clause 5, which prohibits PVOs from supporting or opposing political parties or candidates, creates an offence attracting a level 12 fine, and, or imprisonment not exceeding one year.

“This provision is also prone to abuse by the police because the definition of the offence is vague and overly broad, thus it may be used to restrict PVOs from undertaking legitimate electoral activities.

“For example, through this provision, PVOs can be restricted from investigating and exposing corrupt political party candidates or from expressing their support to a political party’s policy of fielding women candidates.”

The journal recommended that for the country to hold free, fair and credible elections, Mopa must be amended and the PVO Act Amendment Bill withdrawn.

“Mopa must be amended to ensure that it fully complies with the constitution and international human rights obligations,” it added.

“Some of the provisions to be amended include (a) Section 7(1) (a) which should be amended to permit spontaneous demonstrations during elections, without prior notification.

“Section 7(1) (a) and (b) should be amended to reduce the notification period to five days, and three days respectively.

“Section 8 (3) should be amended to compel the members of the police service to schedule a meeting with the convener within 24 hours of receipt of notification.

“A new provision must be added to compel the police to provide a detailed written report to conveners where police resort to using force.”