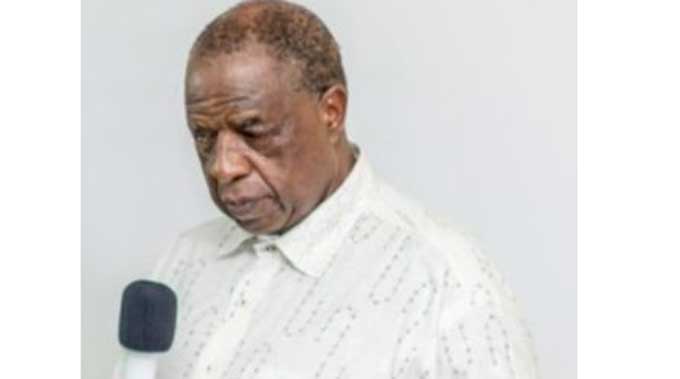 BY TAFADZWA KACHIKO & SILAS NKALA President Emmerson Mnangagwa’s government is under renewed criticism over its handling of the army massacres in Matabeleland and Midlands provinces after a minister claimed that Zimbabwe had found closure in the 1980s.

Justice minister Ziyambi Ziyambi made the stunning remarks on August 18 in Geneva when he was responding to questions from the United Nations’ Committee on the Elimination of Racial Discrimination on Zimbabwe’s fifth to 11th periodic report.

Ziyambi claimed Gukurahundi, as the episode that saw the massacre of over 20 000 civilians by the North Korea-trained Fifth Brigade has come to be known, was a closed chapter following the signing of the 1987 Unity Accord between Zapu and Zanu.

He also took issue with the committee’s use of the word “massacres” to refer to the army mass killings.

Gay McDougall, a committee expert and country rapporteur, had said she was concerned by reports that “the violent events that resulted in the killing of approximately 20 000 largely Ndebele-speaking persons in Matabeleland and Midlands provinces, killed by government forces in the early 1980s, remained a source of ethnic tension with no accountability for the deaths or justice for suvivors.”

McDougall wanted Ziyambi’s delegation to “provide information on the composition and activities of the National Peace and Reconciliation Commission (NPRC)” and explain if there were steps being taken to “ensure victims had access to legal remedies and that all claims are investigated”.

“All I can say is that Ziyambi was expressing his personal opinion.

“As far as I am concerned, he has no final authority on that matter,” Nyathi said.

“The National Peace and Reconciliation Commission determined Gukurahundi as an incident that required closure and consented to efforts to deal with Zimbabwe to find peace and justice.

“It’s not helpful to make careless statements like that.

“As a serious Zimbabwean, I would not pay attention to such kind of reckless statements because it goes against the spirit of nation building and attempts by serious people in this country to find an amicable way of dealing with this tragedy.”

The NTJWG is a platform established by 46 Zimbabwean transitional justice stakeholders to find closure to Gukurahundi and other human rights abuses.

Prominent lawyer Alec Muchadehama, who is also a former NTJWG chairperson, said people, in particular government officials, must be sensitive when speaking about Gukurahundi.

“If you look from a transitional justice point of view, people have the right to know what happened — the truth — and there must be guarantees for non-recurrence,” Muchadehama said.

“There must be justice to those who were affected and also accountability for the perpetrators.

“One of these is to have the South African way where we have the Truth and Reconciliation Commission or truth and justice in other countries.”

“You find that in truth and justice, perpetrators confess and are given an amnesty or in other circumstances they are prosecuted.

“One cannot say there was closure in Gukurahundi because people have not really dealt with it in a more comprehensive manner.”

Former speaker of Parliament Lovemore Moyo said Ziyambi was trying to sweep Gukurahundi under the carpet.

“If a minister makes such pronouncements, it then scares me and I totally lose confidence in him, especially his ability and impartiality in dealing with the atrocities perpetrated on Matabeleland and Midlands by the Zanu PF government,” Moyo said.

“He thinks the Unity Accord spoke about Gukurahundi and that Joshua Nkomo (late Zapu leader) and (former president Robert) Mugabe finalised the issue of the atrocities.

“That is nonsense because we are talking about human beings, who were murdered in cold blood.

“We can’t just assume that the Unity Accord closed the chapter.

“There is no way that you can claim closure when we have not undergone a process of truth telling, reconciliation and justice.”

Gukurahundi victims have been calling for justice including being allowed to exhume and rebury their loved ones who lie buried in mine shafts and mass graves.

“Ziyambi has a completely flawed understanding of the law on this issue as well as the implications of the 1988 amnesty,” Malunga, who is also the son of outspoken national hero Sydney Malunga said on Twitter.

“Under international law, there is no amnesty for international crimes of genocide, crimes against humanity and war crime and no prescription of the crimes.

“There are no legal, moral or ideological excuses for Gukurahundi and government’s responsibility or failure to address it.

“It’s been done elsewhere and can be done [in Zimbabwe].

Human rights groups such as Ibhetshu LikaZulu have in the past erected plaques at known mass graves, but these have been blown up with explosives by suspected state security agents.

Bhalagwe, a notorious detention centre for Gukurahundi victims where there are mass graves located at Matobo, has been turned into a heroes acre, in what critics say is an attempt to bury evidence of the massacres.

Nomagugu Khumalo, coordinator of the Gukurahundi Survivors 4 Justice group, said the atrocities can never be wished away.

“No matter how much the perpetrators and their cronies may seek to hide Gukurahundi, it must be noted that no form of paper or signature will address the mass murder of our people other than our normal cultural dictates,” Khumalo said.

Chief Khulumani Mathema from Gwanda in Matabeleland South said the Gukurahundi atrocities could not be ignored.

Gwanda was one the districts that were most affected by the military campaign soon after independence.

“It’s so unfortunate that we have an unbalanced government in terms of handling issues,” Mathema said.

“Government does not want to do that and the reasons are best known by it. It’s so sad because people are anxiously waiting for such an exercise.

“Government needs to look into it as a matter of urgency because it’s very critical in Matabeleland.”

The Unity Accord was signed between PF Zapu and the ruling Zanu PF to stop the massacres after an estimated 20 000 civilians had been killed in Matabeleland and Midlands in the pogrom that mainly targeted supporters of the then opposition party.

During his reign, Mugabe refused to apologise for the massacres and went only as far as describing the killings as a “moment of madness”.

After he was ousted in the 2017 military coup, he blamed Mnangagwa for the mass killings.

On the other hand, Mnangagwa has opened debate about the emotive subject and held meetings with traditional leaders but victims are saying there is no political will to address the atrocities.

Four years ago, the Zanu PF leader said the NPRC would hold meetings to discuss the genocide and he would apologise “if need be”.

Mnangagwa was state security minister at the height of the killings and he is accused by many people of being the architect of the deadly military operation.

His government has promised survivors that they would be assisted to obtain national identity documents and that remains of the victims would be exhumed so that they are afforded decent burials, but the pledges are yet to be fulfilled.