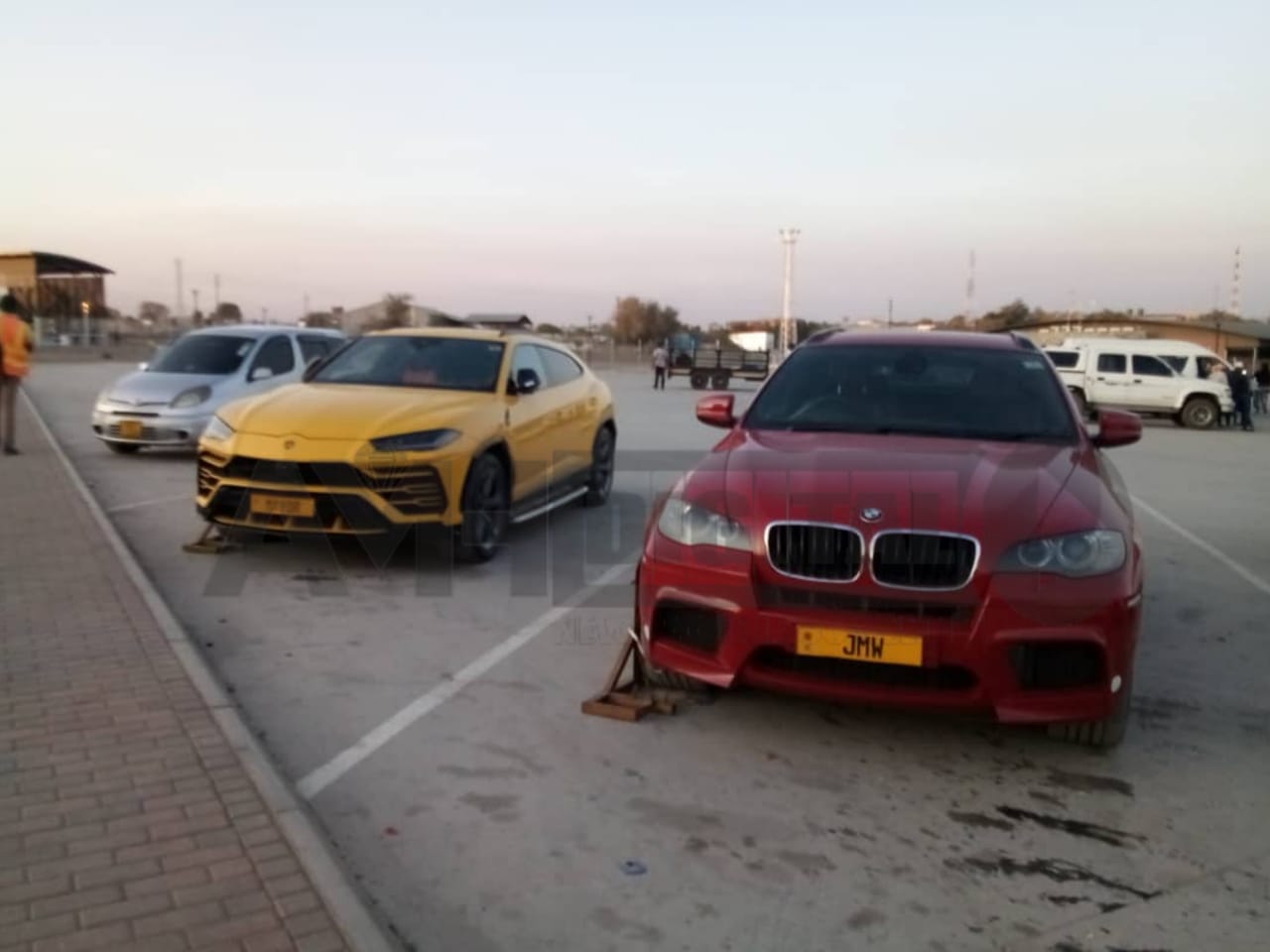 BY REX MPHISA/PRIVILEDGE GUMBODETE TWO super cars belonging to Zanu PF Gokwe Nembudziya legislator Mayor Justice Wadyajena that were impounded by Beitbridge border authorities on Friday were yesterday towed back to Harare as part of a wider probe into a US$5 million looting scandal.

Wadyajena’s Lamborghini and BMW X6M cars were impounded at the border amid claims that he wanted to take them  outside the country as he feared they would be forfeited to the state.

Zacc spokesperson John Makamure was not available for comment yesterday.

Carrier vehicles waited for more than an hour before loading the vehicles on two three-tonne vehicle carriers belonging to Road Angels.

They were granted $200 000 bail each by Harare magistrate Stanford Mambanje.

Prosecutors alleged that sometime in 2019, the accused persons acting in common purpose hatched a plan to defraud Cottco of millions of United States dollars through fictitious purchase of goods.

Meanwhile, opposition legislators are piling pressure on the Zanu PF MP to step down from his post as chairperson of the portfolio committee on lands and agriculture over the Cottco scandal

“At this point in time, with immediate effect, he must step down. It is the best practice even if the rule is not there,” Norton legislator Temba Mliswa said in Parliament on Thursday.

“He has no respect amongst his colleagues anymore and unfortunately, the blue-eyed boy for (senior people) in this Parliament has fallen.

“I am sure he will fall with many others too because these charges are quite serious.”

Mliswa is the chairperson for Africa Parliamentary Network Against Corruption (APNAC) Zimbabwe.

Mbizo legislator Settlement Chikwinya (CCC) attempted to raise a point of clarity with regards to Wadyajena, but deputy speaker Tsitsi Gezi threatened to boot him out of Parliament.

Chikwinya later told this publication that he wanted clarity on why Parliament had also not ordered Wadyajena to step down as the charges he was facing were serious.

“The same happened to Mliswa and his parliamentary portfolio committee on mines and energy,” he said.

“The deputy speaker has to order Wadyajena to step down as the chair of the agricultural committee,” Chikwinya said.

“The line of action will preserve the integrity of Parliament and ensure that justice takes its course smoothly.”

Mnangagwa allies turn heat on Zec
Polad’s governance and legislative agenda chairperson Lovemore Madhuku said there must be evidence that the delimitation outcome was a collective effort from Zec commissioners.
News
By Tafadzwa Kachiko
5h ago

NGOs under siege as ED tightens noose
The PVO Amendment Bill was passed by the National Assembly last year despite heavy criticism by opposition legislators and it is now before the Senate.
News
By Privilege Gumbodete
5h ago

Punitive laws drive sexual minorities away from HIV services
AHF is a global non-profit organisation providing cutting-edge medicine and advocacy to over 1 700 000 people in 45 countries, including Zimbabwe.
News
By Staff Reporter
5h ago

News in depth: Trapped: Zim’s sports stars caught in drugs, substance abuse scourge
As the country resumed football activities after the Covid-19 lockdown last year, the nomadic coach who is now based in Botswana, made a bold, shocking and also revealing claim.
News
By Henry Mhara
5h ago