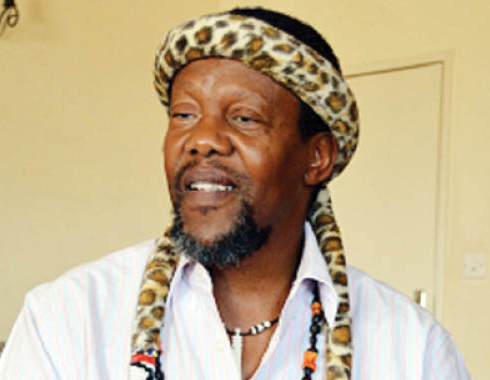 Ndiweni, who is in exile, was dethroned in 2019 by President Emmerson Mnangagwa’s government after his brother Douglas declared himself the heir to the throne and launched several court challenges.

BY SILAS NKALA Dethroned Ntabazinduna chief Felix Nhlanhlayamangwe Ndiweni says he is still the traditional leader of his area despite moves by the government to strip him of his powers.

Ndiweni, who is in exile, was dethroned in 2019 by President Emmerson Mnangagwa’s government after his brother Douglas declared himself the heir to the throne and launched several court challenges.

A defiant Ndiweni told Sunday Southern Eye that he continued to “virtually” govern the area with assistance from local kraal heads, village heads and headmen.

He said he was chosen by the Ndiweni family as the heir after his father Chief Khayisa Felix Ndiweni passed away on August 10, 2010.

He said a number of meetings with the then Umguza district development coordinator’s assistant Ennet Sithole and then Matabeleland North provincial administrator Lathiso Dlamini, family and the Ndiweni clan, were held to address the chieftainship issue.

After the meetings, it was resolved that he assume the chieftainship and communication was sent to late former president Robert Mugabe, who in 2014 confirmed him as the chief.

“However, there was an objection by Douglas, one of the sons of the late chief who was saying he was speaking for Jorum Ndiweni who had been in the UK for about 47 years,” Ndiweni said.

“Douglas was overruled by his mother, Agnes Masuku who is now late. He was also overruled by the greater Ndiweni clan led by the elderly Chief Wasi Ndiweni from Plumtree.”

Ndiweni said other traditional leaders such as Chief Wasi, Chief Beti Ndiweni and Chief Nyangazonke fought on his corner before writing another letter to Mugabe confirming him as their leader.

However, in 2019 Douglas launched another challenge.

“Sometime in 2019 Douglas produced another letter supposedly from Jorum claiming that he opposed what had happened in Ntabazinduna in 2014.

“Papers in the High Court Bulawayo show that Jorum had objected in this same manner and the judge had said: ‘But where is this man that objects’,” Ndiweni said.

“The president’s office received a recommendation from the provincial chiefs council of Matabeleland without clear steps showing how due process was done for them to endorse my recall.

“My lawyers filed an urgent chamber application halting the recall. It proved successful.”

Despite the court challenge, Ndiweni insists he remains the Ntabazinduna chief, saying he frequently holds virtual meetings with his village heads and subjects.

“I continue to be substantive chief until the matter is heard in the High Court.

“These events occurred three years ago in 2019 and still there is no real indication when the matter will be heard,” he said.

“Those continuing to interfere in this matter will experience deep tragedy in their lives.”