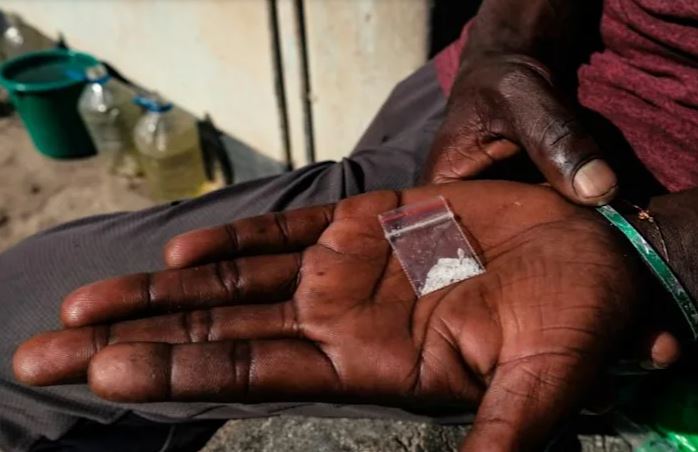 As the country battles the drug use scourge that is mainly affecting the youth, 45-year-old Andrea Chimuti* becomes a rare case of the older generation finding solace in the badly viewed lifestyle.

BY VANESSA GONYE THE United Nations Office on Drugs and Crime, in its 2020 report notes that “rising unemployment and lack of opportunities will make it more likely that poor and disadvantaged people engage in harmful patterns of drug use, suffer drug use disorders and turn to illicit activities linked to drugs — either production or transport.”

As the country battles the drug use scourge that is mainly affecting the youth, 45-year-old Andrea Chimuti* becomes a rare case of the older generation finding solace in the badly viewed lifestyle.

She developed the practice of taking cannabis (mbanje) as a way of escaping the painful effects of a divorce she went through 12 years ago.

“I divorced in 2010 over my husband’s infidelity. Life was tough; I could go for days on end without anything to feed my children, sometimes I could not afford rent,” she said.

“I then linked up with friends who were into drugs, at first we smoked mbanje and later on got to excessive drinking and other harmful substances. Life seemed ok then as the intoxication made me forget the good contrasting lifestyles I had with my husband and when I was alone with the kids, (we were now suffering).”

“In all this I never neglected my children; I would first make sure they were safe before roaming about with my drug-user friends. we would live carelessly to an extent of going to bars, but that wasn’t the kind of life for me and I distanced myself from the crew when they went to bars, but I never stopped taking drugs, sometimes I would go to them for drugs or I would buy myself some,” she said.

The mother of seven said she has tried to quit drugs but without success.

Life has mostly been thorny for her as she is faced with the challenge of taking care of her children single-handedly.

“When my children grew up to secondary school level, life became more difficult. I have a daughter who had 4 units at grade 7 but I could not afford her fees and she dropped out. She eloped at that young age but returned from that union with a baby and she constantly talks of the desire to go back to school.”

“I have another child who is about to go for Form 1 and I am in pain, I don’t have anywhere to get funding from,” Chimuti said.

She said given an alternative, she is willing to permanently leave drugs and focus on developing herself and her children.

“I wish to have assistance, even a job or scholarships for my children so that I will have little to stress on. Stress leads me to taking drugs. I am willing to leave drugs but as it is, with the current state of affairs, I can’t,” she said.

A 2020 study, The Increase in Women Who Use Drugs in Zimbabwe by Wilson Box says, “Whilst advocacy groups are pressing for drug policy reform in Zimbabwe, interventions can be designed to help women extricate themselves from this quagmire through empowering them and having a drug policy that among other facets, strengthens communities.”

Drug use has also been identified as one of the causative factors for HIV and this is attributed to the careless sexual encounters when one is under the influence of drugs.

Likewise, Chimuti became HIV positive along the course of her drug-use addiction, a development that led to her increased dependency on drugs to deal with her grief.

Another drug user, Edeline Rwizi (30)*, a mother of three, married at sixteen and divorced a few years back said the situation compels her to take drugs.

She expressed concern over the way society viewed drug users especially when they are under the influence.

“The stress I go through gives me sleepless nights leading me to taking drugs so I can manage to sleep,” Rwizi said.

“While taking drugs, the community views me as someone suffering from a mental illness or a prostitute, men take advantage of my drunken state, abusing me sexually. It is my desire to have something that can help me financially so I have less to worry about.”

She and other ladies in her circle shun HIV testing and have a tendency of not going for testing despite the fact that they engage in risky sexual activities.

Unsafe sexual practices are a real problem in Zimbabwe where, according to UNAids, almost 15% of the population is HIV positive and access to Anti-Retrovirals (ARVs) is limited by price inflation and corruption.

“It’s very rare to go for testing due to fear as most of the men who have sexual intercourse with us do not use protection; we also have challenges with STIs. We are also not getting good service in clinics as drug users, the treatment is not encouraging,” said Rwizi.

Zimbabwe Civil Liberties and Drug Network (ZCLDN) executive director, Wilson Box in an interview, said drug users should be directly included in issues of their well-being in order to avoid manifestation of some of the effects of drug use.

He called for an inclusive approach to dealing with the scourge of excessive drug use as it has many repercussions including mental health challenges as well as HIV/Aids in a society where efforts to mainly fight the two are a priority.

Fabian Musoro, the national mental health manager in the ministry of Health and Child Care said government was making efforts to deal with the drug menace.

“We are currently working with the Global Fund in rolling out the mental health gap where we are talking about substance use among other mental health conditions as a gap which we are addressing,” he said.

“We are currently empowering health workers so that they have the knowledge to assess and treat or refer conditions around substance use.”

Mnangagwa allies turn heat on Zec
Polad’s governance and legislative agenda chairperson Lovemore Madhuku said there must be evidence that the delimitation outcome was a collective effort from Zec commissioners.
News
By Tafadzwa Kachiko
2h ago

NGOs under siege as ED tightens noose
The PVO Amendment Bill was passed by the National Assembly last year despite heavy criticism by opposition legislators and it is now before the Senate.
News
By Privilege Gumbodete
3h ago 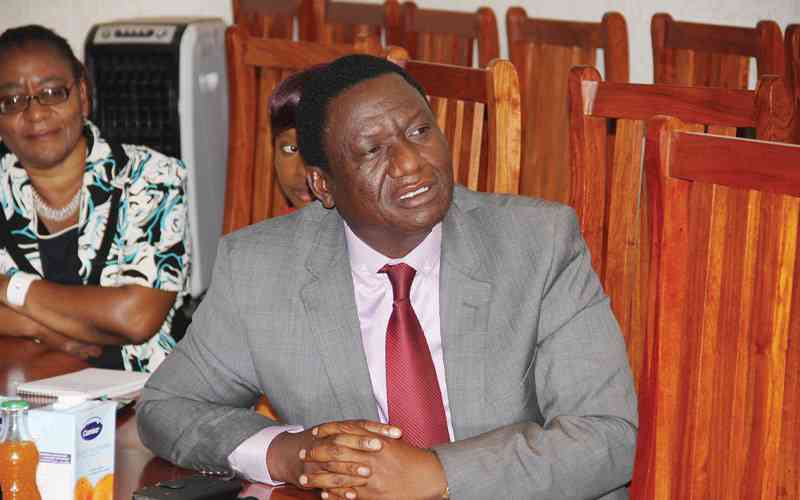 Government assures journos on safety
“Zimbabwe under the Second Republic has made the safety of journalists an issue of high priority,” Paradza said.
News
By Staff Reporter
3h ago

News in depth: Trapped: Zim’s sports stars caught in drugs, substance abuse scourge
As the country resumed football activities after the Covid-19 lockdown last year, the nomadic coach who is now based in Botswana, made a bold, shocking and also revealing claim.
News
By Henry Mhara
3h ago

By Staff Reporter 3h ago
Government assures journos on safety