I won’t be balanced, fair towards blood suckers 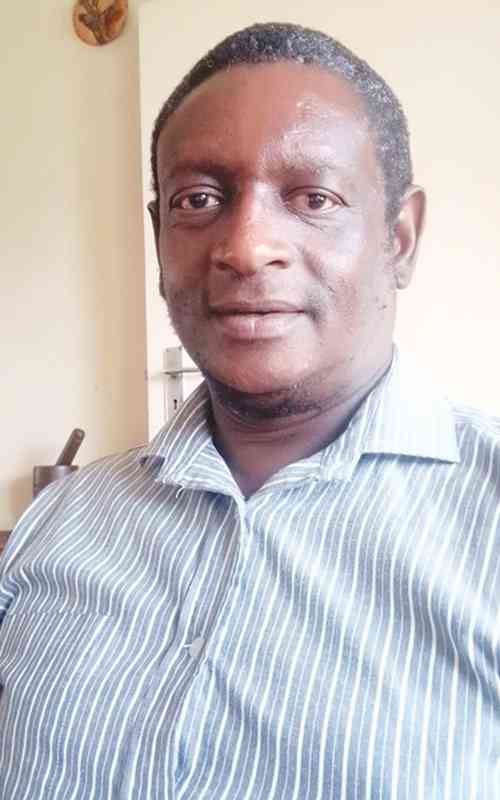 OCCASIONALLY, I am accused of being predominantly biased against the Zanu PF regime and that there was a serious lack of balance and fairness in my discourses.

I plead guilty to the charges, but certainly not ashamed nor apologetic.

How many of us, particularly those who censure my style of writing, would bother to practise the same fairness, balance and impartiality they require of me if they had to give testimony on someone who brutally murdered their loved ones?

Just how would they tackle such a task?

What fairness, balance and impartiality would they say about the brutal murderer and what “positives” would they attest to his character?

How then is it any different from what I am doing?

Surely, on what basis can I be expected to feign neutrality when dealing with a bunch of incompetent people who have turned the lives of millions of innocent ordinary Zimbabweans into a living hell, including my own family, to the point of sinking them into destitution?

Exactly under what circumstances am I supposed to be disinterested and unaffected when my own mother — who gave 48 years of her life to the fallen State-owned iron and steel making giant ZiscoSteel, only to walk away with absolutely nothing to show for her toil and sweat — as she and thousands of other workers have never been given a single cent of their pensions and terminal benefits, after the company was looted and mismanaged into oblivion by the ruling elite, and their corruptly-appointed company executives?

As if that was not cruel enough, due to the destruction of the country’s economy by those in power, more specifically in the early 2000s, my mother lost every last dollar she had put aside in her bank accounts, insurance policies and other investments after the crashing of the local currency as a result of hyperinflation.

Can millions of Zimbabweans not attest to having faced a similar tragic fate?

Which child can ever forget seeing their own elderly mother weeping uncontrollably, in anguish at seeing her life go up in smoke, and callously thrown into destitution — all because of a regime that placed the interests of the political elite ahead of the nation they were supposed to lead and protect, but rather, opting to engage in street gangster economics that sought to enrich those in power, at the expense of the citizenry?

As we speak, pensioners and the elderly in Zimbabwe — those who are fortunate enough to receive social security — are given a paltry US$10 equivalent per month, only enough for a measly 10 loaves of bread.

Where am I to get the heart for fairness, when I have to watch, on a daily basis, these same fragile elderly women forced to carry heavy plastic containers of water on account of the lack of potable water in their homes as a result of the gross mismanagement, underhand dealings and corruption in urban local authorities, especially in my hometown of Redcliff?

In what way am I to find “positives” in those who prefer to enrich themselves by pillaging billions of dollars of our national resources, which they freely loot with vulgar impunity, yet the ordinary man, woman and child on the street cannot afford one square meal a day.

Pupils are now accustomed to learning without any textbooks at school, while hospitals have become places of death due to inadequate medical care.

What good am I expected to find in a cold-hearted and blood-thirsty lot, who believe that maliciously killing those who criticise or stand up to their disgusting misrule and corruption is justified — or who viciously beat them up, or throw them in prison for merely daring to exercise their constitutional rights?

Is that the treatment such people deserve?

From where can I find the balance and fairness amid such evil?

Is that not asking far too much of me?

It is akin to demanding that I write a fair, balanced and impartial story about Satan himself!

It cannot be done ... it is impossible.

To be brutally honest, no matter what “good” the devil may claim to have done, there is nothing that can exonerate him from his dark diabolical acts, which far outweigh and cancel out any supposed “positive” acts.

I will not write much today, but I just wanted to set the record straight.

I am sure those whose lives have been great and not adversely affected by this villainous political elite in Zimbabwe can write, talk and sing all they want about how awesome their government is.

Fortunately, I do not speak for them.

I speak only for the voiceless millions who have suffered untold hardships and poverty under this regime, but are either too afraid to stand up and speak out against these savage injustices, or are not capacitated to do so.

The majority of those I speak for cannot even afford a smartphone and expensive data bundles (unlike the more privileged who demand “balance and fairness” — and, in all likelihood, have never read any of my articles, and never heard of my name.

In all those millions of Zimbabweans’ lives, there is absolutely no “fairness, balance and impartiality” in what the political elite are doing to them.

Frankly, at the moment, I am not even contemplating, even in my wildest dreams, writing anything positive about the current Zimbabwe regime