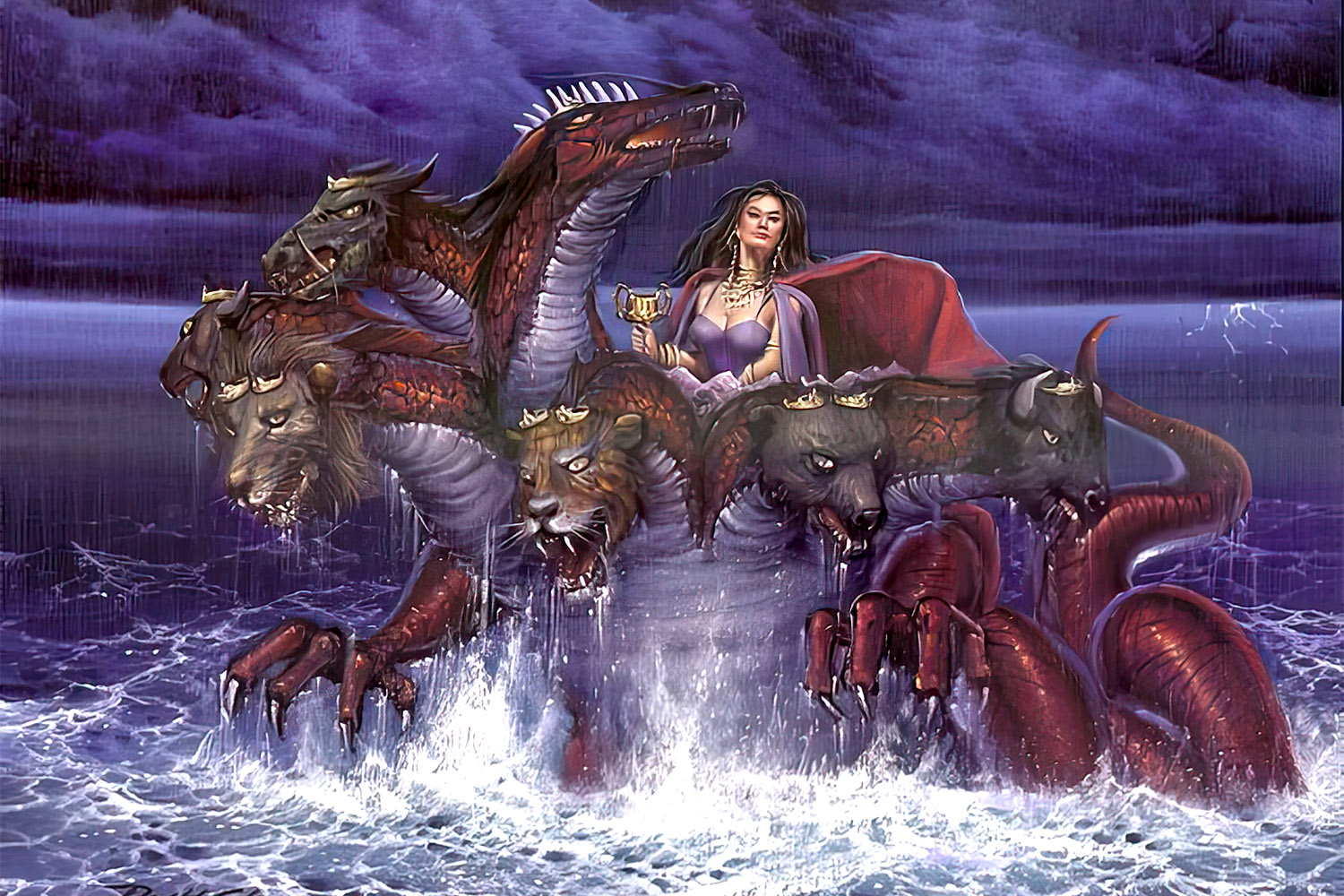 BY PROSPER TINGINI My last two articles touched on the beast of Revelation 13, as seen in a vision by Apostle John. In Revelation 17, an angel of the Lord our God explains and expands on the significance of that beast, with an added feature of a woman form seen sitting on the beast. On her forehead was written a name of mystery: “Babylon the, mother of harlots and of the earth’s abominations”. In religions circles, a beast normally symbolises a powerful king, nation or a strong entity of a political nature. A woman is God’s language as a representation of either a faithful or sinful people.

The first commandment says: “You shall have no Gods besides me”. This means that God is one. We have powerful religious organisations that have successfully promulgated a doctrine that has spread around the world known as the doctrine of the Holy Trinity. The combination of the political might of the Roman Empire (beast) and powerful Christian religion represented by the Church (woman) sat together to enact this doctrine that slaps in the face of the very first commandment. Their designed 3-in-1 godhead principle is unbiblical, thus an affront to our One and Only Almighty God.

The second commandment reads: “You shall not make for yourself a graven image, or any likeness of anything that is in haven above, or that is in the earth beneath or that is in the water under the earth; you shall not bow down to them or serve them; for I the Lord your God am a jealous God, visiting the iniquity of the fathers upon the children to the third and the fourth generations of those who hate me, but showing steadfast love to thousands of those who love me and keep my commandments”. Pagan nations of the world worshipped some idols or gravel sculptures of some imagined gods. Most of these nations worshipped multiple gods. The once god-gearing faithful Church then copied such a form of multiple god worship, disguised as the Holy Trinity. Contrary to the second commandment, the Church moulded some gravel images in the likeness of both earthly and heavenly figures, which they brazenly display in their houses of worship, in violation of this second commandment. The Church (woman) is thus copying the practices of the pagan religious systems of powerful nations (beasts). Working together, they make a mockery of God’s laws.

The third commandment reads: “You shall not take the name of the Lord your God in vain; for the Lord will not hold him guiltless who takes his name in vain”. In one example, there is a seemingly total disrespect for the Lord our God when mankind goes against God’s purpose in creating Adam and Eve, of man and woman. States give endorsement in support of same-sex marriages and the likes, getting some stamps of approval from elements within the Church. Thus, the beast and the unfaithful woman colluding to promote acts of abomination. There are many other examples that show a lot of disdain for the Lord our God, let alone using His name in some of these vain practices.

The fourth commandment states: “Remember the Sabbath Day, to keep it holy. Six days you shall labour, and do all your work; but the seventh day is a Sabbath to the Lord your God: in it you shall not do any work, you, or your son, or your daughter, your manservant, or your maidservant, or your cattle, or the sojourner who is within your gates; for in six days the Lord made heaven and earth, the sea, and all that is in them, and rested the seventh day; therefore the Lord blessed the Sabbath day and made it holy”. God uses very simple language.

The Sabbath day is based on the numbers of days worked. We work six straight days and get rested on the seventh day. When God worked for six days making His creations, there were no known names of days, nor weeks or months. Everything was based on the rising and setting of the sun, marking the light day and night only. There were absolutely no labelled names of the days, weeks or months. The days were counted by the numbers only.

Humanity then gave these light days and nights some names, mainly in honour of some pagan gods, an abomination to the Lord our God. We now fight among ourselves whether the Sabbath should be observed on a Saturday or a Sunday. This is totally outside God’s parameter. The Sabbath is purely based on the numbers of days worked, six days, then rest on the seventh day. There is no obligation to follow any of the man-made calendars of any state, church or their idol-worshipping given names. If we just stick to the original numeric naming of working days, then we get it right. Let us stop these unnecessary ‘wars’ about which name of the days is the Sabbath, in accordance with one’s preferred calendar.

There are many other Godly precepts that states and Church has has changed to suit their own designs. The identity of the ‘mother’ church has been made known in Revelation 17. Who of the Church uses purple and scarlet as its colours for the garments of its top officials? Which of the Church is very rich? Who among our Church violates the One-God set principle? Which of our church hangs some ‘graven images’ on the walls of its houses of worship? Which of our Church has multitudes of followers across the world? If we have the answers, then we are close to identifying the religious organisation that is in the forefront of leading our religious world astray: “Babylon the Great, mother of harlots and of earth’s abomination” (Revelation 17:15).