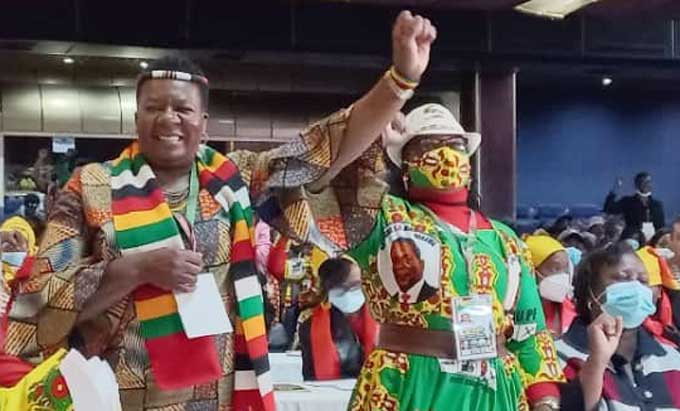 BY KENNETH NYANGANI Zanu PF has revealed that members of the party’s women’s league conference in Harare were showered with cash and fuel coupons amid indications that the ruling party is already well oiled ahead of the 2023 elections.

Outgoing secretary for transport and social welfare Marben Nkatazo told delegates 31 Zupco buses were hired to ferry delegates from across the country before laying out the benefits the delegates got for attending the conference.

“His Excellency, we had 31 Zupco buses which ferried people.

“We only had one challenge when the Manicaland bus had a breakdown,” Nkatazo said.

“We have cash points for politburo members and central committee members, who are going to get allowances and coupons.

“Members are booked in hotels, lodges, and higher tertiary institutions.”

Zanu PF also funded foreign guests from sister parties in the region by paying for their accommodation, air-tickets and food.”

In his closing remarks, President Emmerson Mnangagwa said Zanu PF was “roaring like a lion” ahead of next year’s elections where he would be seeking a second full term.

“We don’t want corruption, Zanu PF is the king of the jungle,” Mnangagwa said.

“We are roaring and we are kicking and Zanu PF is everybody’s party and we should always expose the lies on social media.”

Mnangagwa said the ruling party had enough resources to mobilise for next year’s elections at a time the country is battling a harsh socio-economic crisis.

“Go to your provinces, we have resources to mobilise for support,” he added.

Zanu PF spokesperson Christopher Mutsvangwa said he was not aware how much was spent for the conference.

“It has been a well-organised conference,” Mutsvangwa said.

“In my view, they will go with election message and I wouldn’t know on the budget and number of delegates because there is another department, which is doing that.”

Zanu PF’s official reports have always shown that the party is struggling financially, but its election campaigns are often funded by businessmen that benefit from government contracts.

In the last elections, the wealthy businessmen bought the party dozens of cars.

In 2020 Zanu PF moved to expel its youth political commissar Godfrey Tsenengamu, who revealed that most of the ruling party’s financiers were embroiled in corrupt activities that were contributing to Zimbabwe’s economic problems.