Police on Friday said they were banning Chamisa’s rally because CCC indicated that they wanted to hold a “car rally” before the main event.

BY SYDNEY KAWADZA/JAIROS SAUNYAMA The Nelson Chamisa-led Citizens Coalition for Change (CCC) was yesterday denied yet another opportunity to hold a major campaign rally after police barricaded Marondera’s Rudhaka Stadium and chased away hundreds of people trooping in for the event.

Police on Friday said they were banning Chamisa’s rally because CCC indicated that they wanted to hold a “car rally” before the main event. 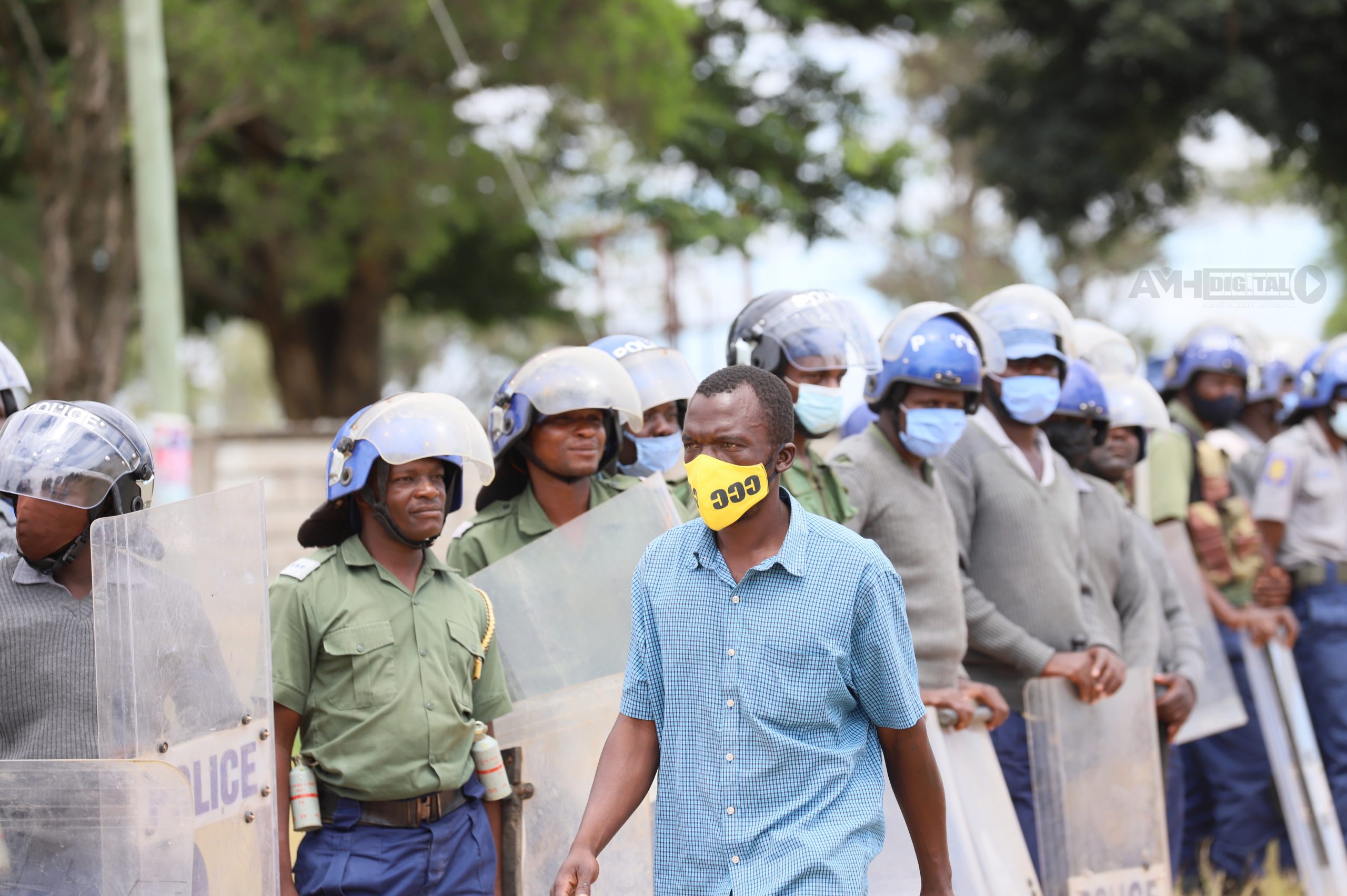 CCC successfully challenged the ban at the High Court, which ordered them to return to the police so that a common position could be found for the campaign to go ahead, but the law enforcement agency did not budge.

There were dramatic scenes after thousands of expectant CCC supporters thronged the stadium as early as 9am only to find the venue cordoned off by armed riot police.

Riot police had arrived at the stadium early morning and formed a human wall, blocking all entrances before ordering CCC supporters, who had camped inside the stadium to leave.

They were armed with all sorts of weapons including batons, tear gas canisters, truncheons and guns. 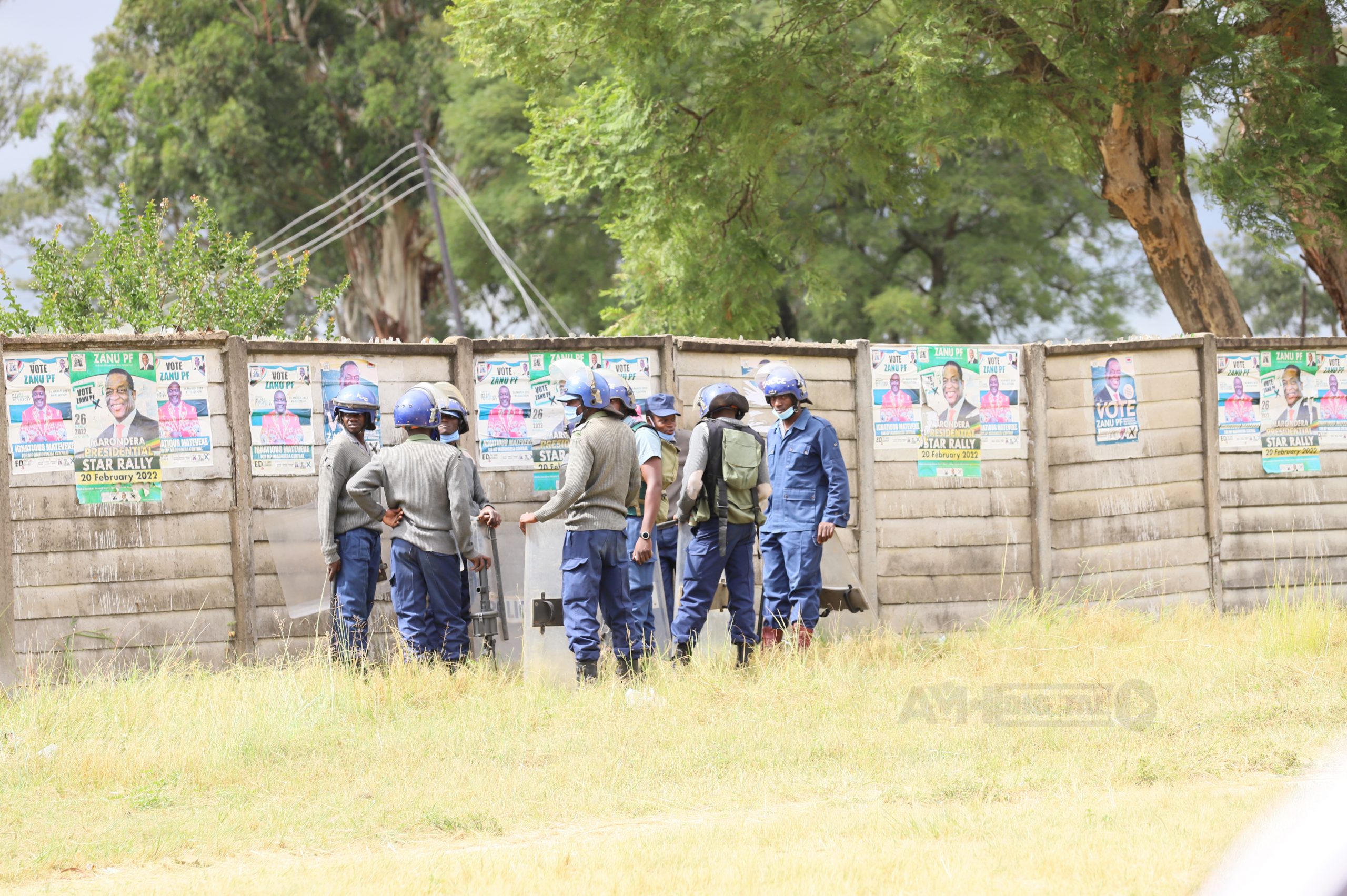 But their presence did not deter the jubilant supporters as the crowds swelled at an open space outside the stadium.

In response, more riot police trucks arrived at the venue as the situation got tense. 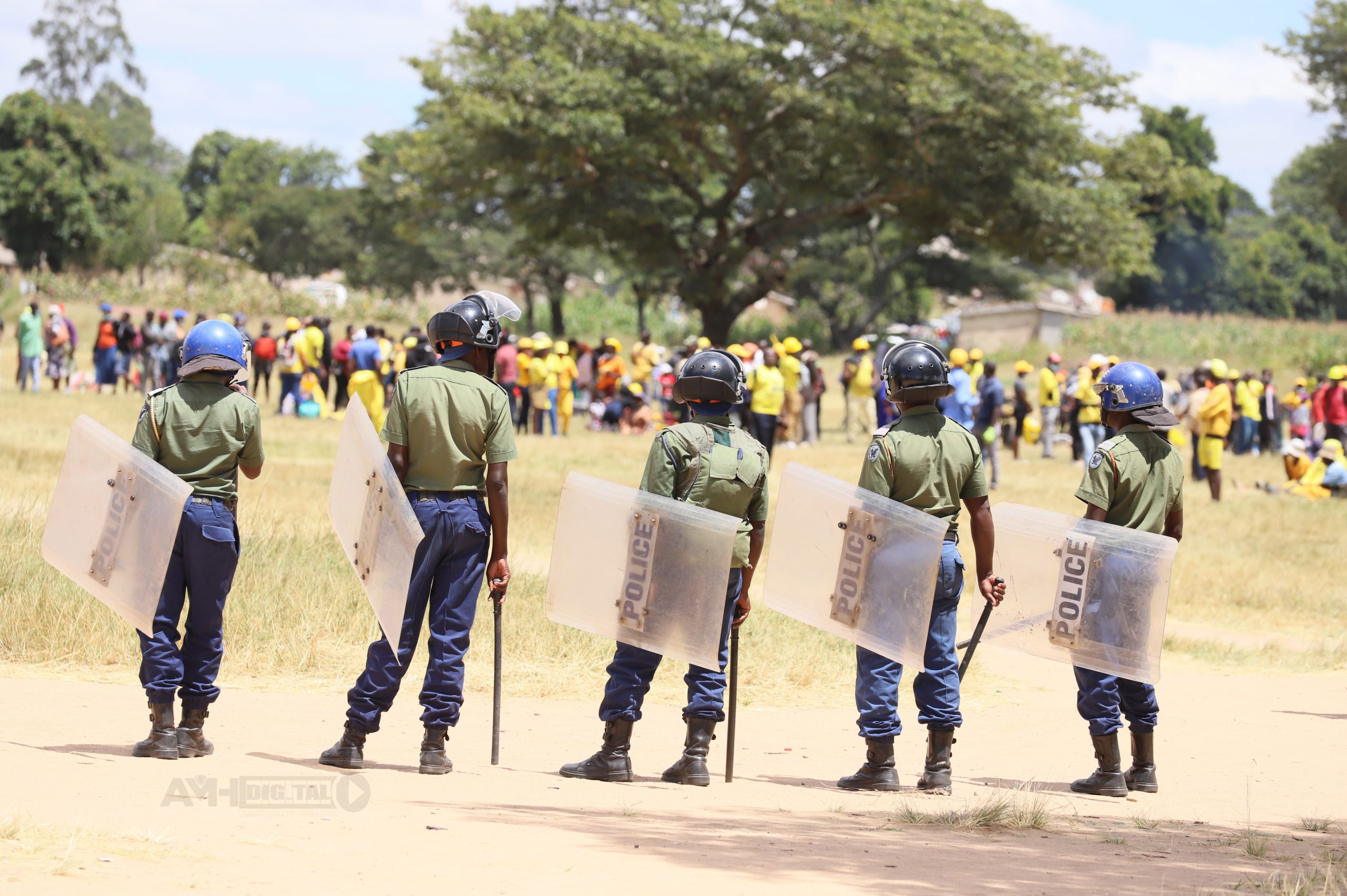 After it became clear that the rally was not going ahead late in the afternoon, Chamisa said he had no option but to give a five minute address through a makeshift PA system and allow his supporters to disperse to save them from harm because of the volatile situation.

“We went to Marondera (magistrates) court to seek permission to proceed with the rally and they said it was not possible,” he told the agitated supporters.

“I then asked them to give me a chance to speak to you. I don’t blame the police, I blame the one behind them. 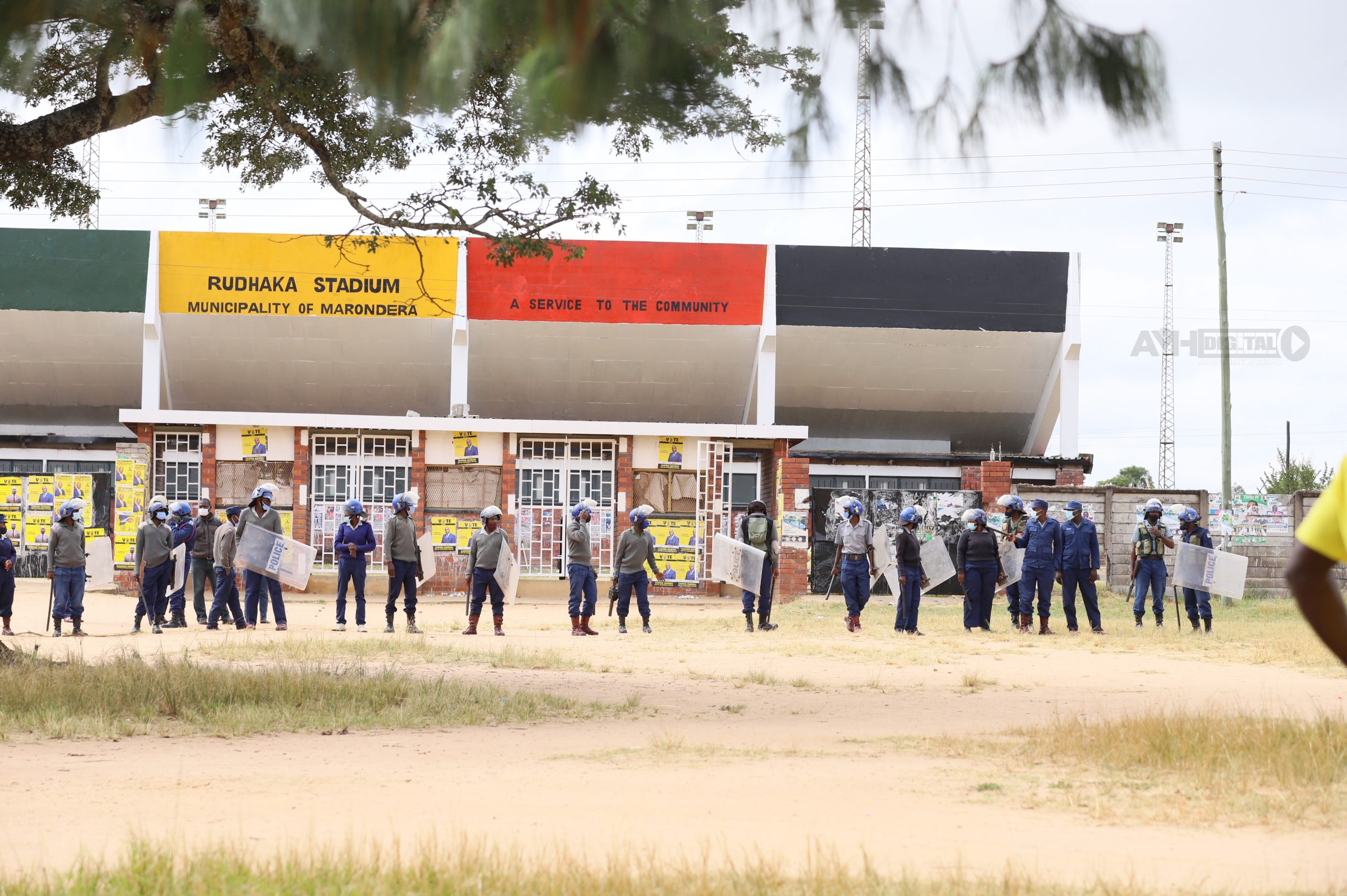 “We are known for peace. We need peace to prevail. I do not want any blood to be shed here.

“That is not the politics we want.”

There was pandemonium after Chamisa arrived at Ruhaka Stadium with jubilant supporters trailing his convoy.

The firebrand politician then engaged top police officers present to inquire why they had blocked his rally, but they refused to sanction it.

CCC top officials incluing Amos Chibaya and Happymore Chidziva had also tried to engage the police, but their efforts hit a brick wall and they were told to disperse the crowds.

CCC deputy spokesperson Ostallos Siziba said the ban on their scheduled rally was a ploy to intimidate opposition supporters and an election rigging strategy.

CCC spokesperson Fadzai Mahere said there was selective application of the law in the country.

“They did it without any incident and hindrance. They blocked traffic and nothing happened.

“We want to hold our rally and they are blocking it.”

Police have also banned Chamisa’s rally in Binga that was set for March 15, saying President Emmerson Mnangagwa would be in Hwange two days later.

Yesterday’s Marondera incident came two weeks after Chamisa was prevented from addressing another campaign rally in Gokwe in the Midlands.

Opposition MDC T leader Douglas Mwonzora’s party has been having its meetings undisturbed.

Zanu PF has also been bussing supporters from across the country to attend its rallies.

Zimbabwe will on March 26 hold by-elections to fill 29 parliamentary and over 103 local government vacancies following a mass recall of elected representative by the Mwonzora led outfit, deaths of incumbents and expulsion of a Zanu PF legislator by his own party.