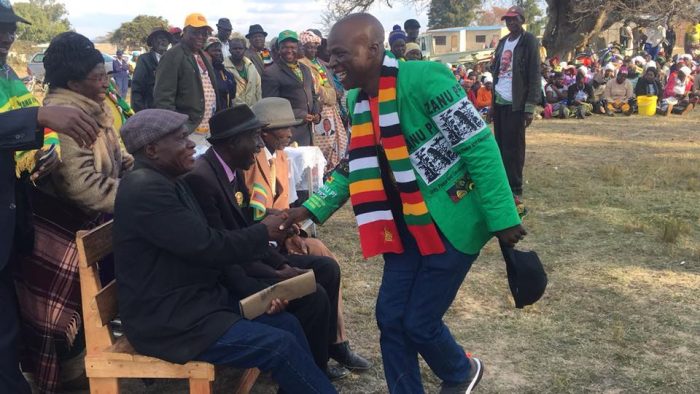 The defiant Paradza said the party would unleash violence in defending the revolutionary party, adding that as youth, they were going to defend the party.

Paradza was addressing scores of youths in the capital yesterday.

The defiant Paradza said the party would unleash violence in defending the revolutionary party, adding that as youth, they were going to defend the party.

“We have noted that CCC is unleashing violence against us, but starting from today, I am unleashing my dogs,” he said.

“As youths, our mandate is to defend the revolutionary party and we are going to make sure we defend our party. CCC burnt houses in Chitungwiza and we are not going to fold our hands watching them unleashing violence,” he said.

Tempers are rising ahead of the 2023 elections after a CCC rally was blocked in Chegutu over the weekend, with the opposition party blaming Zanu PF for barricading Pfumojena Stadium where the rally was to be hosted.

Paradza added that President Emmerson Mnangagwa would unveil residential stands to the youth.

“I have met the President and he said he was going to unveil stands to the youths. It is the President’s vision to give youths stands and also to have employment,” he said.

“We are not going to fold our hands and we are going to defend our party through fighting because we rule this country,” Mahachi said

In his vote of thanks, youth secretary for administration Tendai Chiwetu said he was aware of ministers and legislators who were working against Mnangagwa.

“We have people who seem to like President Mnangagwa, but they don’t like him. We are going to make sure that they are not retained as central committee members as we approach the elections,” Chiwetu added.

CCC youth assembly spokesperson Stephen Chuma said: “We, as CCC, believe in non-violence approach to solving problems. It’s very unfortunate that in this modern era, we have a political party that believes in violence as a strategy.

“We are a peace-loving citizens’ movement, but that does not make us weak or cowards. No one has monopoly of violence and we want to send the message clear to Emmerson Mnangagwa, John Paradza and Zanu PF thugs that any attempts to drive the nation into anarchy will be resisted.”

He added: “We know that Zanu PF wants to use violence to drive this nation into anarchy so as to effect a state of emergency in order to postpone the upcoming general elections. They know they are going to lose elections so they are running scared and are now resorting to violence.”

Police spokesperson Assistant Commissioner Paul Nyathi said: “I will have to get the information from Officer Commanding Harare Province and get back to you on the matter. I was not at work today (yesterday).”