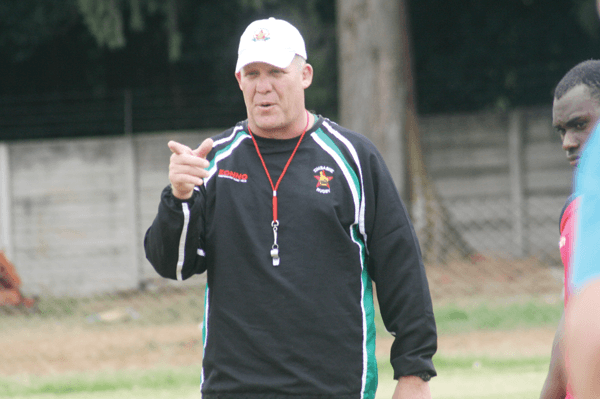 Zimbabwe’s squad was announced on the eve of their final Currie Cup First Division match against Valke at Wynberg Boys High School which they lost 26-16 to finish the campaign with three wins and six losses in their maiden campaign in the South African competition.

BY DANIEL NHAKANISO IN CAPE TOWN SABLES head coach Brendan Dawson still believes his injury-ravaged squad can make history by securing the country’s qualification for their first Rugby World Cup since 1991 during the 2022 Africa Cup in France next month.

Dawson was on Friday night forced to name several uncapped players among the 31-man party that will leave for Paris today to begin the final phase of preparations for the 2022 Africa Cup which will double as the final qualifier for the 2023 Rugby World Cup.

Zimbabwe’s squad was announced on the eve of their final Currie Cup First Division match against Valke at Wynberg Boys High School which they lost 26-16 to finish the campaign with three wins and six losses in their maiden campaign in the South African competition.

Other potential starters Andrew Evans, Tavonga Ablant, Brendon Mandivenga and Connor Pritchard were also ineligible for selection due to injuries.

Dawson admits he will be down to the bare bones in a number of key positions when they open their Africa Cup campaign against Ivory Coast on July 2.

The inspirational former Zimbabwe rugby team captain, who took the Sables to the brink of the 2015 World Cup qualification in his first stint as coach, however, remains optimistic that they have enough depth in their squad to get the job done in France.

“I am happy with the squad that we have, but we have also had one or two bad injuries, our main locks are no longer with us being Goofy and Andrew Evans. Both of them have pulled out to injuries, so that is a big blow to our system and to the team. However, the other guys are stepping up and are doing the job we ask them to do,” Dawson said.

Dawson also lamented the unavailability of a number of overseas-based professionals, who had mad themselves unavailable for national duty after initially agreeing to represent the country during the World Cup qualifiers.

The Australia-based duo of scrumhalf Ian Prior and centre Kyle Goodwin, who both play for Super Rugby outfit Western Force, had initially expressed interest to play for the Sables in France but both reportedly changed their minds at the eleventh hour.

Meanwhile, the Sables, who are expected to depart for France today, will wind up their preparations for the World Cup qualifiers by playing Netherlands in a high-profile Test match in Amsterdam on June 25.