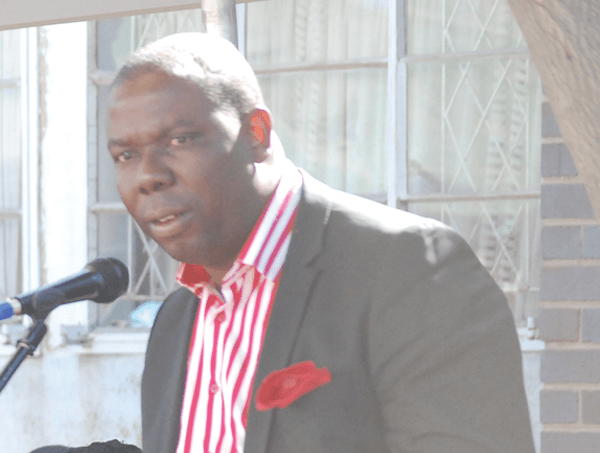 Banda was out in the wilderness after he was removed by fellow board members in the infancy of his tenure as vice-president of the association.

BY KEVIN MAPASURE/HENRY MHARA THE Sports and Recreation Commission (SRC) has lifted the suspension of Zifa board members Farai Jere, Barbra Chikosi and Sugar Chagonda while ratifying the return of Gift Banda to the executive committee.

Banda was out in the wilderness after he was removed by fellow board members in the infancy of his tenure as vice-president of the association.

He was brought back into the fold in one of the resolutions made by the Zifa congress at their emergency general meeting (EGM) on April 23.

Yesterday, the SRC ratified his return as well as his elevation to the post of interim Zifa president following the removal of Felton Kamambo, who was president, by the congress.

“The SRC hereby advises the public that following the outcome of the Zifa extraordinary general congress held on 23rd April, 2022, and the subsequent dismissal, with costs, of the appeals of Messrs Mamutse, Kamambo, Malandule and Machana against their suspension by the SRC by the Administrative Court, the Commission has resolved that:-

(i) That the suspensions of Mrs Barbara Chikosi and Messrs Farai Jere and Sugar Chagonda, have been lifted with immediate effect.

(ii) That the reinstatement of Hon Gift Banda as Zifa vice-president, by the Zifa congress during its EGM at its extraordinary general congress of 23rd April, 2022, has been noted — Hon Banda was never the subject of any suspension from the SRC.

(iii) That the appointment of Hon Gift Banda as interim president of Zifa by the Zifa congress during its EGM aforesaid, is duly noted.”

The SRC also said in the same statement that forensic audit of the Zifa accounts had commenced.

“BDO Chartered Accountants have commenced their forensic audit into the financial and operational affairs of Zifa. Their findings will be made public. The SRC has directed Zifa to inform Fifa and Caf of these developments.”

Following the dissolution of the Zifa board by the SRC, Zimbabwe was banned from the Fifa family and the world football governing body advised that Zimbabwe would only be reinstated once Kamambo’s board is restored into office.

Zimbabwe was booted out of international football and the Warriors have missed out on the 2023 Africa Cup of Nations qualifiers that commenced last week.

They have also been shut out of the Cosafa Cup, a regional tournament, which will be contested for the 21st time having made its debut in 1997.

It is scheduled for Durban, South Africa, next month.

The draw for the tournament will take place on Tuesday, with 13 out of the 14 Cosafa teams scheduled to participate.

“The tournament will be excellent preparation for both the African Nations Championship (Chan) and Africa Cup of Nations (Afcon) qualifiers that will be played over the next few months,” Cosafa said in a statement yesterday.

Last year’s beaten finalists Senegal will once again feature as a guest participant in this year’s edition. The organisers of the tournament, as expected, yesterday announced that Zimbabwe would be excluded from this year’s edition “due to the Fifa suspension”.

This will be the first time that the Warriors will miss the tournament since its inauguration more than three decades ago.

Zimbabwe are the record winners of the tournament, having lifted the cup a record six times.

Africa Cup Of Nations (Afcon)
Share this article on social