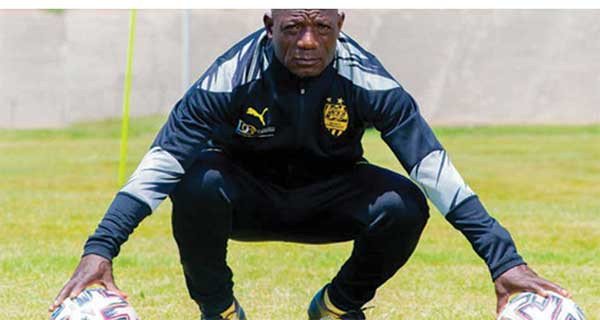 MANICA Diamonds have fired head coach Johannes Nhumwa and replaced him with Jairos Tapera, who was in-charge of Triangle.

The Mutare-based side took a gamble of firing Nhumwa just five games before the season ends.

Nhumwa was shown the exit door  alongside his assistants as the club prepares for the next season.

His dismissal comes following their 1-0 defeat to Dynamos at home on Sunday. The defeat to DeMbare was the fourth on the trot and their eighth of the season.

In a statement, Manica Diamonds confirmed the development.

“Manica Diamonds would like to inform its stakeholders that the club has parted ways with head coach Johannes Nhumwa and his teaching team,” the statement read.

“We sincerely appreciate the services rendered by the technical team to the club and we wish them well in their future endeavours.”

The club also confirmed Tapera’s appointment as head coach. Yesterday, Tapera was in charge of Triangle when they faced-off against Caps United, a match they lost 2-1.

Tapera and his entire technical team have joined the Diamond Boys.

“Meanwhile, the club has appointed Jairos Tapera as the new substantive head coach and he will he assisted by Tafadzwa Mashiri, Patrick Mandizha, Thembinkosi Sibanda. Ticharambana Zikai remains the team manager,” the statement read.

Manica Diamonds started the season on a high note and at some point looked like they could compete for the title.

However they fizzled out and have since dropped to 10th position on the log standings.