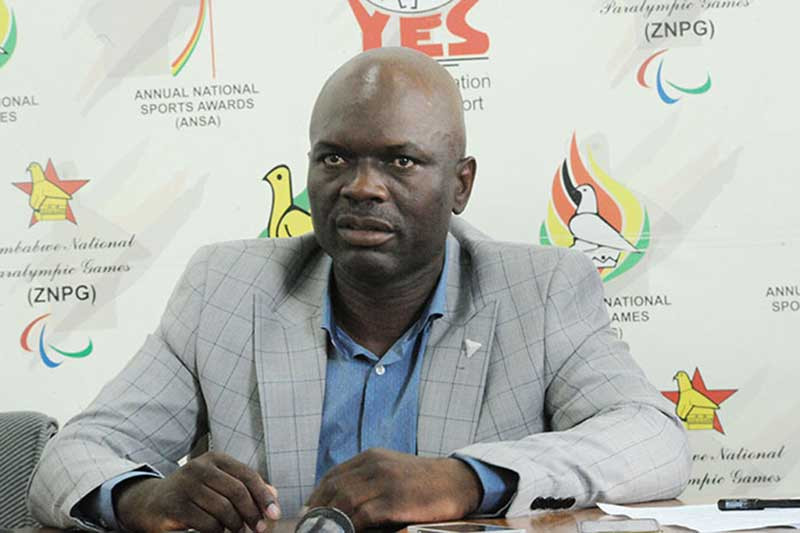 FORMER Zifa vice-president and Vungu Member of Parliament Omega Sibanda has rubbished the Sports and Recreation Commission (SRC) road map for football as debate on the suspension of Zimbabwe from the international football family continues in the august house.

World soccer governing body, (Fifa) stripped Zimbabwe of its membership rights in February this year for government interference after the SRC suspended the Zifa board led by Felton Kamambo in November last year alleging mismanagement of funds, corruption and sexual harassment of female referees.

On Tuesday, MPs debated the report presented by the Portfolio Committee on Youth, Sports, Arts and Recreation on the state of football administration.

Sibanda said the path taken by the SRC had profound effects on the careers of athletes and also affected several stakeholders in the game.

He said the body’s road map was a nullity because Fifa has already said it would only lift Zifa’s suspension on condition that Kamambo and his board are reinstated.

Sibanda said failure to adhere to Fifa’s road map would take close to a decade for Zimbabwe to be readmitted into international football.

“Let me draw you back a little bit to 1980 when we came from the war. The chairman of SRC then was Mudede, who was there without understanding the statutes. He caused Zimbabwe to be banned from 1980 to 1985 until our very own Hon. Speaker, Hon. Mudenda took over in 1985,” Sibanda said.

“This is when Zimbabwe was readmitted again after being suspended from football during the 70s because of the war and because he did not understand how SRC functions.”

He said on the issue of abuse of funds, it must be noted that Fifa funds are Zifa 100% and Fifa is the only organisation which can ask for audited statements.

“If you look at the funds which Fifa advanced to Zifa, there are specific funds for specific projects. However, if those funds are abused or misused, the person who has got the authority to deal with those funds is the partner, which is Fifa that is doing that,” Sibanda said.

“Some might stand up and say we can do without Fifa, which is fine and which is exactly what we are doing but we are not going to see international football in our country.  These sub-committees, including the structures which they have put for the executive of Zifa are a nullity, they will never be recognised by Fifa. The only thing we can do is to comply and comply with diplomacy. We cannot make Zimbabweans happy by doing wrong things.”

Outspoken Norton Member of Parliament Temba Mliswa — a former Warriors fitness trainer insisted that SRC had made the right decision to intervene, arguing that football had been hijacked by “criminals.”

“The same way that certain opportunists and chancers have invaded the political field by having resources rather than the history, by not belonging to a party structure but use money to be in party structures, that is what has happened to sport again,” Mliswa said.

“The infiltration of criminals who have come in to take what belongs to the sport people. The portfolio committee is totally biased. It is not thorough, I have studied it and if there is anything, it was a political report. It has factual errors, a couple of misrepresentations, especially on the sexual harassment issue.”

Mberengwa East MP Marko Raidza of Zanu PF wadded into the debate saying: “Football is very key in this country; so we need to put our hands together as leaders to make sure that people who earn a living through it must continue doing so.

“Because of the suspension that happened to the Zifa board, we are realising that the youth are no longer being inspired enough to go into football. The SRC, Zifa and (Sports minister Kirsty) Coventry must seriously look into this issue and the impact of the suspension to bring sanity to football.”

Kambuzuma MP Williams Madzimure (CCC) said: “Zimbabwe is not participating in (international) soccer, and this means that our children do not have a window from where they can be seen in their carriers.

“They do not have opportunities to display their skills and their years are going to waste.  Look at sport from a business point of view, the government should look into the matter and take it seriously.  If there is no sport, no one will take care of the infrastructure.”