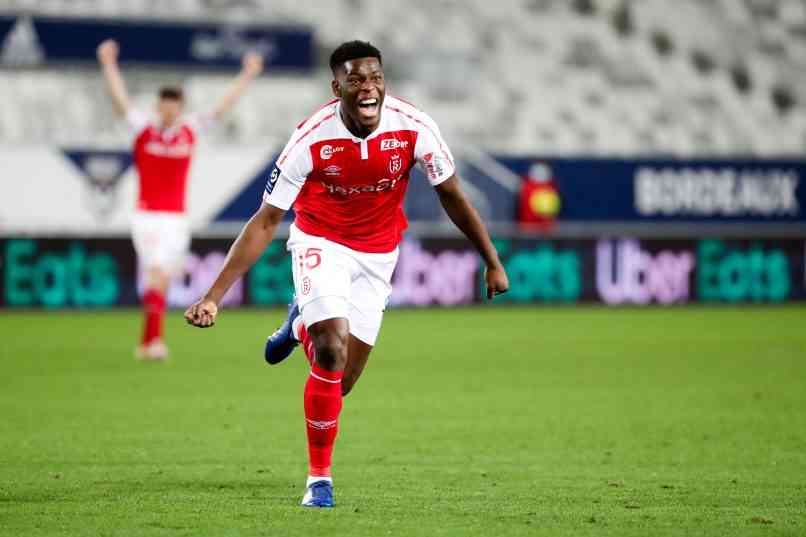 ZIMBABWE international Marshall Munetsi says Fifa's suspension of this country from football has cast a shadow over the future of the sport and stunted the growth of its players.

The southern African nation was banned from global football in February because of governmental interference in the running of the game, which the sport's world governing body outlaws.

The sanctions came after the Zimbabwe Football Association board was suspended by the country's government-appointed Sports and Recreation Commission (SRC) last November because of alleged sexual harassment of female referees by technical staff and allegations of fraud within Zifa.

Last month, former Zifa official Obert Zhoya was suspended from the sport for five years and fined by Fifa after being adjudged to have sexually harassed three female referees.

"This ban has affected young players who have an ambition to be like me by coming to Europe," Reims midfielder Munetsi told BBC Sport Africa.

"It's playing for my national team that gave me the opportunity to play against big countries and big players. It's something that is sad and frustrating for us as a country, and for players.

"It's a very complicated topic and I just hope the people involved can solve this because Fifa puts these rules to protect football.

"If our government doesn't respect this, then we don't deserve to play. I just hope the government can do the right thing," he said.

Zimbabwe played at the Africa Cup of Nations in Cameroon earlier this year but were then excluded from qualifiers for the 2023 Nations Cup because of the ban. The SRC says the suspension is unlikely to be lifted before April 2023 as it continues its quest to ensure Zimbabwe's football administration is fit for purpose in future.

"It is unlikely that any formal request will be made to Fifa to lift Zimbabwe's suspension until after the first quarter of 2023 subsequent to Zifa having held its elections under a new constitution that guarantees the continuation of the reform process," the SRC told BBC Sport Africa.

Alleged sexual harassment of referees was one of the SRC's chief reasons for suspending the Zifa board led by Felton Kamambo but despite Zhoya's ban, a defiant SRC is yet to hand over control of football matters back to Zifa.

Instead, it has questioned the failure of both the continent's ruling body, the Confederation of African Football, and Fifa to tackle serious allegations of wrongdoing within the previous Zifa administration.

The SRC's strong stance continues to prevent the men's and women's senior national sides and youth teams from taking part in international matches, as well as domestic clubs from entering continental tournaments.

"The thing is that they never communicate with the players," said Munetsi, whose impressive statistics on interceptions and defensive duels saw him recently linked with a move to England.

"These are people who are just in positions because they maybe know someone in government. They don't know anything about football.

"They have to ask us about certain things because, if you hear the accusations, it's something that doesn't have anything to do with football — it's all politics.

"Fifa has a say on it, but they also have to communicate with us."

The SRC has told the BBC its officials are not in power because of government connections but because they have gone through "a robust selection process", with many having previously "played an active role in the various facets of sports administration, management and sponsorship".

A statutory body mandated to regulate and develop sport and recreation, the SRC had detailed other reasons for the suspension of Zifa, including alleged mismanagement and lack of accountability in the use of public funds — with an audit expected shortly.

Munetsi backs the fight to clean up the governance of the game in Zimbabwe, but insists that the ban has dampened players' morale.

He wants those in charge to consider its negative impact on the country.

"This is one thing I can say to the people that are in charge: they have to communicate with the players that are involved, because we have so many big players playing in Europe," he added.

“It will be a good opportunity for them to sit down and talk with us so that we can all find a way forward."

In response, the SRC told BBC Sport Africa it could not talk to players directly.

“As guided by the SRC Act, the SRC does not engage players directly as this is under the purview of the National Sporting Associations, who relay any key positions and updates from the SRC to their athletes," the SRC said.

Regarded as one of the world's poorest countries, with more than one in three inhabitants living below the poverty line, Zimbabwe is often in the news for its political instability, corruption and economic hardships.

Munetsi — who joined French Ligue 1 side Reims in 2019 — is trying to do his bit to help young compatriots, donating around 20% of his salary every month to enable 60 children to attend school back home.

"I love to help — I do it because I love it," he told French broadcaster BFM/RMC Sport TV.

"And I will continue after my career. God gave me a talent so that I can help others."