Inside sport: Counting the costs of Fifa ban

THE Fifa ban has hit Zimbabwean football not only at the top but also at school level as the country was not invited to take part in the first ever Caf African Schools Football Championship.

The Cosafa round of the Africa schools competition is running in Lilongwe, Malawi, and Zimbabwe is not among the schoolboys and schoolgirls battling for the $100 000 top prize on offer.

This competition is being run under the auspices of the Confederation of African Football (Caf) and Zimbabwe is suspended through the Fifa ban.

Caf received US$10 million from the South Africa based Motsepe Foundation for junior football development and are offering the same prizes for both boys and girls in this schools competition.

What a loss for the Zimbabwean boys and girls as the runners up are entitled to a cool US$75 000 and the third placed team receives US$50 000.

Surely, considering the high standards of our schools football, there is no way that our teams would not have reached the top three at this regional competition.

There are even bigger financial spin offs at the Caf African School Football finals themselves where the Africa champions will receive US$300 000 with the runners up walking away with US$200 000 and the team that finishes third getting US$150 000.

The benefits were also not only financial but also lost for the Zimbabwean boys and girls, was the opportunity of that feeling and emotion of being among a gathering of the best schoolboy and schoolgirl football talent on the continent.

Also not to be forgotten is the fact that international football clubs are very much interested in young African football talent. The Zimbabwean boys and girls have lost that chance to catch the eye of the top teams in world football and the chance to earn a good living out of the game.

What is saddening is that the boys and girls have been caught in the crossfire of the sad effects of the historical Zimbabwean football’s problems which they know nothing about.

Even more saddening is that each day, Zimbabwe continues to lose the benefits of their old association with the international football family — the school football debacle coming hard on the heels of the loss of both Chan and Afcon 2023.

We can continue to say that we are not in a hurry to return to international football but when our children lose out on such once-in-a lifetime opportunities, then there is a need to question our line of thinking.

The unity, the song and dance, and the electric atmosphere at the National Sports Stadium and the nationwide celebrations whenever the Warriors won, bear testimony on what international means to us.

Sadly, though, it seems Zimbabwe will stay in the wilderness for longer as those in authority do not seem to have a clue as to how Zimbabwe can negotiate its way back into Fifa without following the Fifa required path of reinstating the suspended Felton Kamambo.

What is hurting is that nothing on the ground seems to be moving to suggest those in authority are in any way trying to address the situation apart from appointing one another to useless committees.

Even the so-called restructuring committee appears to have —so far — done nothing because it’s starting point should have been to put in place a new Zifa assembly in preparation for the enact-ion of a new Zifa executive.

This is the Fifa approved way that Zimbabwe can use — without reinstating Kamambo — a move that was successful in Namibia and before that in Nigeria, Malawi, Kenya and Algeria in 2000.

Our children, and our footballers, cannot continue losing opportunities as big as the Caf African Schools Football Championships because we are failing to do the right things with speed.

The solution is simple: Put up a new Zifa assembly. Inform Fifa about it. Then hold Zifa executive elections in the presence of both Caf and Fifa.

If that is done, then Zimbabwe can apply for Fifa reinstatement, instead of the “useless committees”, and the song “ We are not in a hurry to return to international football.”

Inside sport: Taking the right path
SRC has promised that Zifa will communicate with Fifa as soon as the recommendations are complied with; something that brings hope that one day, our football will be back to the good old days.
Sport
By Michael Kariati
5h ago

Garan’anga relishing European football dance with Sheriff Tiraspol
The Moldovan club’s total domestic dominance means they are almost guaranteed to have a shot at qualifying for European football every season for the last 20 years.
Sport
By Daniel Nhakaniso
5h ago

School of sport: IT IS ALL A BIG CON!
The only verdict is vengeance; a vendetta, held as a votive, not in vain, for the value and veracity of such shall one day vindicate the vigilant and the virtuous.
Sport
By Tim Middleton
5h ago 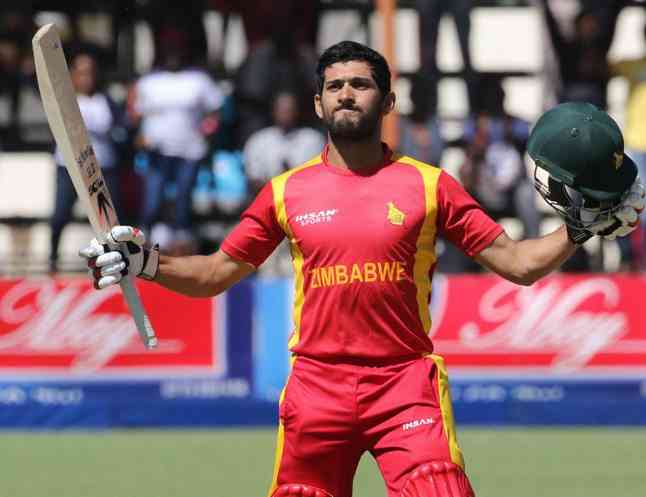 Raza ‘lost for words’ after receiving ICC Team of the Year caps
The 36-year-old aggressive middle order batsman and wicket-taking spinner capped off a memorable year by being named in the ICC ODI and T20I Team of the Year 2022.
Sport
By Daniel Nhakaniso
5h ago

By Michael Kariati 5h ago
Inside sport: Taking the right path

By Tim Middleton 5h ago
School of sport: IT IS ALL A BIG CON!