Inside sport: Which and where for Dynamos 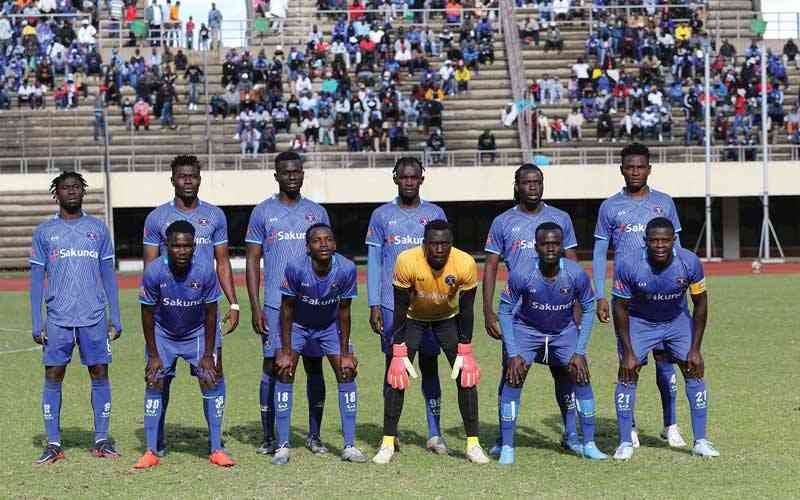 IT is not a secret that Dynamos, once Zimbabwe football’s monolith, has fallen from grace to grass finishing third in a league race they once led by more than 10 points.

The 1998 Caf Champions League finalists have not won a league championship nor a recognizable trophy since 2014 and the trend might continue if they do not address the internal problems that have become part and parcel of their daily lives.

As we speak right now, Dynamos do not have a coach following the departure of Tonderai Ndiraya and word doing rounds is that the Harare club is in the process of luring back one of the coaches that previously had a stint at the club, a coach they previously fired.

It has surely been saddening to see Dembare so inept. Dynamos so lacking in creativity and fire power to the extent that Dembare have become the team everyone wants to play and a team everyone is beating these days.

It is also hard to believe that this is the same team that in 1998 made the whole world sit up and take notice by reaching the final of the Caf Champions League which they controversially lost 4-2 to Asec Mimosas of the Ivory Coast.

Shaya was named Zimbabwe’s greatest footballer of the century and was also inducted into the Zimbabwe Sports Hall of Fame by the Sports and Recreation Commission.

Sadly, the Dynamos’ house is crumbling, torn apart by in-house squabbles and administrative upheavals, which have in turn forced a high turnover of coaches.

In fact, since the departure of Kalisto Pasuwa at the end of the 2014 season, Dynamos has developed a system of hiring and firing of coaches with some lasting less than four months while the longest serving, Tonderai Ndiraya lasted two seasons.

What is disturbing is that the crisis at Dynamos has also affected other Premiership clubs. Crowd attendances have gone down, and as a result, other teams have lost out on huge gate takings.

Most of the PSL clubs get their biggest paycheck of the season on the day they play Dynamos at home, but that financial spin-off has been reduced heavily.

Dynamos no longer has that power of attraction because they lack skillful players who attract crowds. Worse still, they now play the old fashioned hit-and-run football similar to that of secondary school children.

What is even disheartening is the fact that Dynamos has failed to take advantage of the sound sponsorship they have to get the best players and in the process grind good results.

Looking foward, the club must regain the good old days when it was one of the best run football teams in the country when the late Morrison Sifelani was at the helm.

How they should do or will do that is up to them as there is also no clear or defined system of appointing or electing a leadership.

What we know is that former Lengthens owner, Beadle Musa Gwasira, has been brought on board to use his knowledge and experience to steer the Dynamos ship to success.

What is also important is that Dembare must also employ a coach on a long-term contract and must not demand immediate results, but give the coach the chance to build his team on condition that he should deliver results after let’s say two seasons.

In addition. The coach must be given a budget to identify the best players that suits his style of play, but must also not forget that Dynamos also has a junior development system to dig talent from.

The truth is that everyone wants to see Dynamos compete with teams of their level in Africa like Orlando Pirates, Simba Stars, Asec Mimosas and others, not to reduce themselves to a club that has a name only and nothing to show for it. Dynamos do not own anything. Not even a wheelbarrow and use rented offices….Not the best example of the most popular and most successful club on the land.

Inside sport: Taking the right path
SRC has promised that Zifa will communicate with Fifa as soon as the recommendations are complied with; something that brings hope that one day, our football will be back to the good old days.
Sport
By Michael Kariati
Jan. 29, 2023

Garan’anga relishing European football dance with Sheriff Tiraspol
The Moldovan club’s total domestic dominance means they are almost guaranteed to have a shot at qualifying for European football every season for the last 20 years.
Sport
By Daniel Nhakaniso
Jan. 29, 2023

School of sport: IT IS ALL A BIG CON!
The only verdict is vengeance; a vendetta, held as a votive, not in vain, for the value and veracity of such shall one day vindicate the vigilant and the virtuous.
Sport
By Tim Middleton
Jan. 29, 2023

By Michael Kariati Jan. 29, 2023
Inside sport: Taking the right path

By Sports Reporter Jan. 29, 2023
Chipezeze enjoying a new lease of life in SA