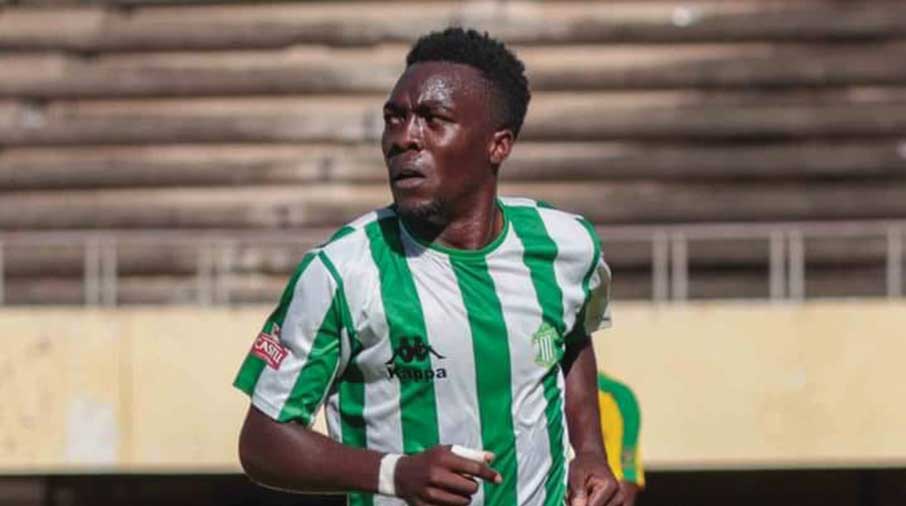 Butho Phiri had scored for Wha Wha in the first half, but his effort was cancelled out by William Manondo and Clive Rupiya who scored for CAPS United, to halt Wha Wha's mini revival.

REFEREE Lawrence Zimondi stole the limelight with some questionable officiating as CAPS United luckily escaped with three points in a super charged tie against Wha Wha at Ascot Stadium yesterday.

Zimondi inexplicably denied Wha Wha what seemed to be a genuine goal in the 76th minute, which could have drawn the hosts level as tempers flared in the tie.

The referee waved play on while his assistant Piason Zvekuonera signalled for a goal, an incident that painted a grim picture of the country’s overall refereeing standards.

Raymond Horonga had unleashed a thunderbolt that hit the under-side of the cross bar and appeared to have crossed the line before bouncing back into play as goalie Tonderai Mateyaunga lofted it back into play.

But that decision triggered an instant reaction from the WhaWha players, technical team, supporters and the match had to be halted for about 10 minutes.

Butho Phiri had scored for Wha Wha in the first half, but his effort was cancelled out by William Manondo and Clive Rupiya who scored for CAPS United, to halt Wha Wha’s mini revival.

Coach Luke Petros was animated on the touchline while Lloyd Chitembwe was temperamental as he even manhandled a Whawha marshal in the aftermath of the match.

“It’s such things that disadvantage teams that are fighting relegation. We tried hard, but the goals we conceded were all questionable. It’s these kinds of events that demoralize youngsters,” Petros said.

“This is the second time at home where we have gone to suffer the consequences of some decisions. It’s sad but we leave to fight another day.”

CAPS United started the match with so much intent, while Wha Wha were slow to move out of the blocks.

But the hosts seized control of proceedings after 15 minutes, benefitting from CAPS United sloppy defending when Ben Musaka made a stray pass to Evidence Mawanda whose cross was tapped home by Phiri

The Harare giants were lucky not to concede three goals in the first stanza, as Wha Wha forwards took turns to spurn glorious opportunities.

Makepekepe grabbed their equalizer six after the restart courtesy of Manondo, albeit under controversial circumstances, with referee Lawrence Zimondi waving play on even when two Wha Wha players were fouled in the build-up to the goal.

It was Manondo’s 13th goal of the season as he heads the scoring charts with 11 matches before the season ends.

Clive Rupiya doubled CAPS United’ lead, notching home after a brilliant solo run from the left flank before slicing the ball home from an acute angle.

“If the ball hits the net, then it’s a goal but if it didn’t then it’s probably not a goal. That’s my view of the game. These things happen in football,” visitors coach Chitembwe said of the controversial incident.

Inside sport: Taking the right path
SRC has promised that Zifa will communicate with Fifa as soon as the recommendations are complied with; something that brings hope that one day, our football will be back to the good old days.
Sport
By Michael Kariati
9h ago

Garan’anga relishing European football dance with Sheriff Tiraspol
The Moldovan club’s total domestic dominance means they are almost guaranteed to have a shot at qualifying for European football every season for the last 20 years.
Sport
By Daniel Nhakaniso
10h ago

School of sport: IT IS ALL A BIG CON!
The only verdict is vengeance; a vendetta, held as a votive, not in vain, for the value and veracity of such shall one day vindicate the vigilant and the virtuous.
Sport
By Tim Middleton
10h ago

By Michael Kariati 9h ago
Inside sport: Taking the right path

By Tim Middleton 10h ago
School of sport: IT IS ALL A BIG CON!