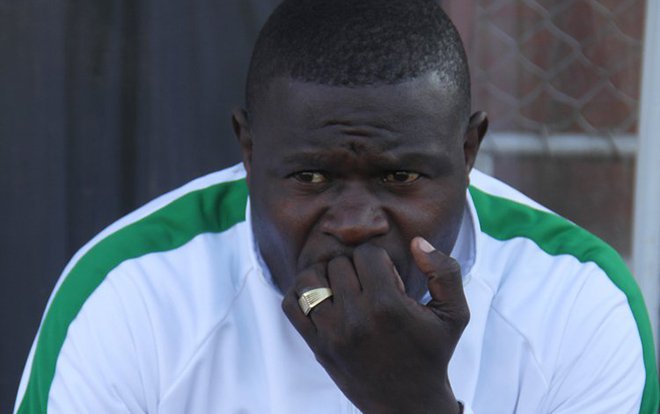 MIDFIELDER Joseph Tulani was the hero for CAPS United after his late-headed goal salvaged a huge point for the Harare giants in a thrilling league encounter against Ngezi Platinum Stars at Baobab yesterday.

Ngezi Platinum took the lead twice in the game and twice Makepekepe found a way back.

The hosts grabbed a 17th-minute lead, Ariel Makopa stubbing home a rebound from close range after an initial Delic Murimba shot was stopped by Tonderai Mateyaunga.

Four minutes later CAPS United were back level after Last Jesi was robbed of the ball in a dangerous position and William Manondo finished a swift attacking move with a brilliant goal from the edge of the box.

It was top scorer Manondo’s 12th goal of the season.

And in the 25th minute, Murimba restored the host’s lead from close range after some brilliant work on the right from Bruno Mtigo.

This time CAPS United left it late to find an equaliser as Tulani rose majestically 10 minutes before full-time to head home the equaliser from an inch-perfect Bamusi cross.

Ngezi Platinum coach Benjani Mwaruwari was disappointed by the result having seen his side waste the lead twice in the match.

“We played so well today you know we wanted maximum points. When we are coming from a defeat you will be fighting for a win, especially at home. Today we relaxed a little bit in the last 10 minutes when they equalised after putting pressure on them for the better part of the match,” Mwaruwari said.

This has always been a difficult fixture for CAPS United who have never beaten Ngezi Platinum Stars in a league match at Baobab since the Mhondoro-Ngezi side was promoted in 2016.

CAPS Utd had actually lost in their last two visits to Ngezi Platinum Stars while they have also not beaten their yesterday’s opponents in the last six league meetings.

The Green Machine has endured a tough season this year in which they went on a seven-match losing streak which they ended three matches ago.

“It could have been better if we had managed our defensive situations better. I thought the second goal could have easily been avoided had it not been for over-elaboration in a crucial area,” he said.

“But apart from that they showed great resolve, especially in the second half and I think it’s a deserved result and I think we could have gone a step further by notching up a late winner,” Chitembwe added.

Ngezi Platinum piled on incessant pressure late on in search of a winner but Diego Makurumidze cleared Bruno Mtigo’s effort off the line on the stroke of full-time.

CAPS launched a counter-attack from the resultant clearance with substitute Crucial Mandaza and winger Phineas Bamusi making a mess of the move coming face to face with the hosts’ last man.

Inside sport: Taking the right path
SRC has promised that Zifa will communicate with Fifa as soon as the recommendations are complied with; something that brings hope that one day, our football will be back to the good old days.
Sport
By Michael Kariati
8h ago

Garan’anga relishing European football dance with Sheriff Tiraspol
The Moldovan club’s total domestic dominance means they are almost guaranteed to have a shot at qualifying for European football every season for the last 20 years.
Sport
By Daniel Nhakaniso
8h ago

By Michael Kariati 8h ago
Inside sport: Taking the right path