Inside sport: What has gone wrong at Dynamos? 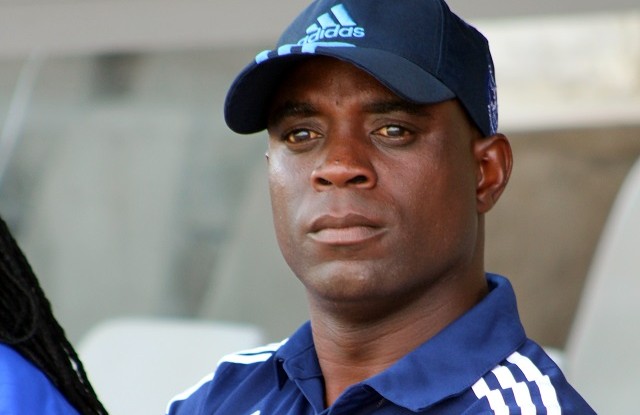 The defeat by Dynamos came after the Green Machine had also lost to Triangle, Cranbourne Bullets, FC Platinum, Chicken Inn, and Bulawayo Chiefs, sparking the mocking from the Dynamos camp.

BY MICHAEL KARIATI ONLY a few weeks ago, Dynamos supporters were having a go at Caps United fans mocking the Green Machine that their good days had finally come to an end.

This was after Dynamos celebrations lit up Harare after a comprehensive 3-0 win over their neighbours which was followed by another 1-0 Caps United loss to ZPC Kariba.

The defeat by Dynamos came after the Green Machine had also lost to Triangle, Cranbourne Bullets, FC Platinum, Chicken Inn, and Bulawayo Chiefs, sparking the mocking from the Dynamos camp.

Little, however, did Dynamos know that a few weeks down the line, the same misfortune would visit their own house. As of yesterday, DeMbare had picked up only six points from a possible 18 points.

In fact, before yesterday’s matches, Dynamos had picked up only one win in their last six matches and were five points behind leaders FC Platinum who had 40 points.

As if that were not enough, DeMbare were even three points behind second placed Chicken Inn, a clear sign that the 1998 Caf Champions League finalists are slowly drifting away from the league title race.

What is clearly evident is that on current form, the race for the championship could be between Chicken Inn, who won the title in 2015 and FC Platinum who have won the past three editions of the Castle Lager Premier Soccer League.

The two will even give Dynamos’ its true testing time in the next two weeks when DeMbare welcome FC Platinum at the National Sports Stadium before visiting Chicken Inn at Luveve, a week later.

Should Dynamos fail to win the league championship this year, it will likely take them even longer to do so as they — at the moment —- look like they have the player material and the coach to produce results.

Surely, a team that has such prodigious talents as Emmanuel Paga, Bill Antonio, Shadreck Nyahwa, King Nadolo, Evans Katema, Ralph Kawondera and Godknows Murwira should be at the top and not in third place.

What is ironic is that Dynamos seem to have lost their touch when they have the same players and the same coach who made them shine during the early stages of the PSL competition.

There was a time this season when DeMbare were considered title winning material with an attractive type of play and great individual skills but not now when they have become so ordinary that even Yadah can beat them at the National Sports Stadium.

All sorts of theories have been drummed up as to what exactly has gone wrong at DeMbare with some suggesting that the team has been ‘cursed’ in the wake of the ownership wrangle currently going on.

Dynamos are split between two boards of trustees, one led by Ernest Kamba which is claiming ownership over the one led by Bernard Marriot which has been in control over the years.

At the moment, Dynamos is being run by an executive appointed by Marriot and led by banker Isaaih Mupfurutsa but Kamba also has his leadership in waiting and a coach on the wings.

The question is: Does black magic work in football to the extent of swinging results against a very good team?

One Dynamos follower Terrence Tumba is one of the superstitious  lot. “Our team is playing well but goals are not coming. Against Yadah and Triangle, we created too many chances to win the matches but the gate was closed for us,” laments Tumba.

Could this be true? In the last five matches Dynamos have scored only three goals in the 3-0 win over Caps United. They drew 0-0 with both Herentals and Triangle and did not score in their abandoned match against Highlanders and in the 1-0 loss to Yadah.

The only other time that Dynamos scored a goal was way back on May 5 when they stuttered to a 1-1 draw against Bulawayo City who were at that time bottom of the table.

However, there are some who do not believe in the existence of black magic in football and are pointing their fingers at coach Tonderai Ndiraya.

“We have the players but we do not have a coach. Ndiraya must go before we lose out the league completely,” suggests an angry Tapuwa Musuka.

The atmosphere at the National Sports Stadium after the 0-0 draw with Triangle told it all. Some of the team’s followers were singing and dancing calling for Ndiraya’s ouster.

The question, however, is: Is Ndiraya totally to blame or just that Dynamos are going through a phase not new to football teams the world over or that truly black magic is working against them ?

Whatever, is happening, the truth is that only Dynamos supporters are crying but not the whole Zimbabwean football family as was the case in the past.

Gone are the days when Zimbabwean football suffered because Caps United, Dynamos and Highlanders were not playing well and now the balance of football power has shifted to teams like FC Platinum.

Fans are enjoying the good football that is being dished out also by the likes of Chicken Inn, Manica Diamonds, Triangle, Ngezi Platinum Stars and even Yadah, Black Rhinos and Herentals.

Dynamos, Caps United, and Highlanders, should not continue living in the past and should re-organise themselves to challenge the new Zimbabwe football powers – Gone are the 70s, 80s and 90s, now we are in the 20th century.

Inside sport: Taking the right path
SRC has promised that Zifa will communicate with Fifa as soon as the recommendations are complied with; something that brings hope that one day, our football will be back to the good old days.
Sport
By Michael Kariati
8h ago

Garan’anga relishing European football dance with Sheriff Tiraspol
The Moldovan club’s total domestic dominance means they are almost guaranteed to have a shot at qualifying for European football every season for the last 20 years.
Sport
By Daniel Nhakaniso
8h ago

By Michael Kariati 8h ago
Inside sport: Taking the right path