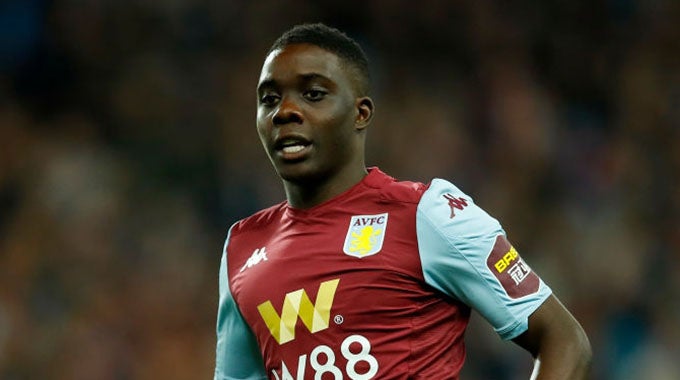 Nakamba made the assertion ahead of the inaugural Marvelous Nakamba Foundation (MNF) national under 17 tournament set for June 25 to 26 at White City Stadium in Bulawayo.

BY SINDISO DUBE ASTON Villa and Warriors star Marvelous Nakamba has implored local football stakeholders to invest more in grassroots football development for the survival of the game.

Nakamba made the assertion ahead of the inaugural Marvelous Nakamba Foundation (MNF) national under 17 tournament set for June 25 to 26 at White City Stadium in Bulawayo.

The MNF, which is chaired by Nakamba’s father, Antony, also pays fees for over 1 000 school children across Zimbabwe, under its Education Assistance Plan (EAP).

The annual tournament was launched on Thursday night in the capital.

Nakamba, who is a beneficiary of grassroots football said Zimbabwe should preserve junior football for the survival of football.

“Grassroots football is very important for the survival of the game. We all came through the system and we benefited because we were afforded the chance at an early stage.

“Henceforth, it is befitting that we continue with the tradition of supporting grassroots sport. The MNF believes in enriching children, hence the motto “We believe every child can succeed.” he said.

A product of Zimbabwe’s once vibrant football development structures, Nakamba started off at Highlanders juniors before joining the famed Bantu Rovers Academy for further grooming in Bulawayo.

After graduating from Bantu Academy, Nakamba moved to Nancy of France in 2012.

He impressed at Nancy and earned a contract with Netherland top flight side Vitesse in 2014.

Nakamba spent three years at Vitesse and won the KNVB Beker Cup, the equivalent of the English FA Cup.

Belgium giants Club Brugge snapped the midfielder in 2017 and Nakamba went on to feature in the prestigious UEFA Champions League, where he attracted global attention.

He signed for English Premier League side Aston Villa in 2019 and is now an integral part of Steven Gerrard’s squad.

Nakamba is the only Zimbabwean player to win major Cups in two different European leagues.

He won the Belgian Cup with Club Brugge in 2016 and the KNVB Beker Cup with Dutch side Vitesse in 2017.