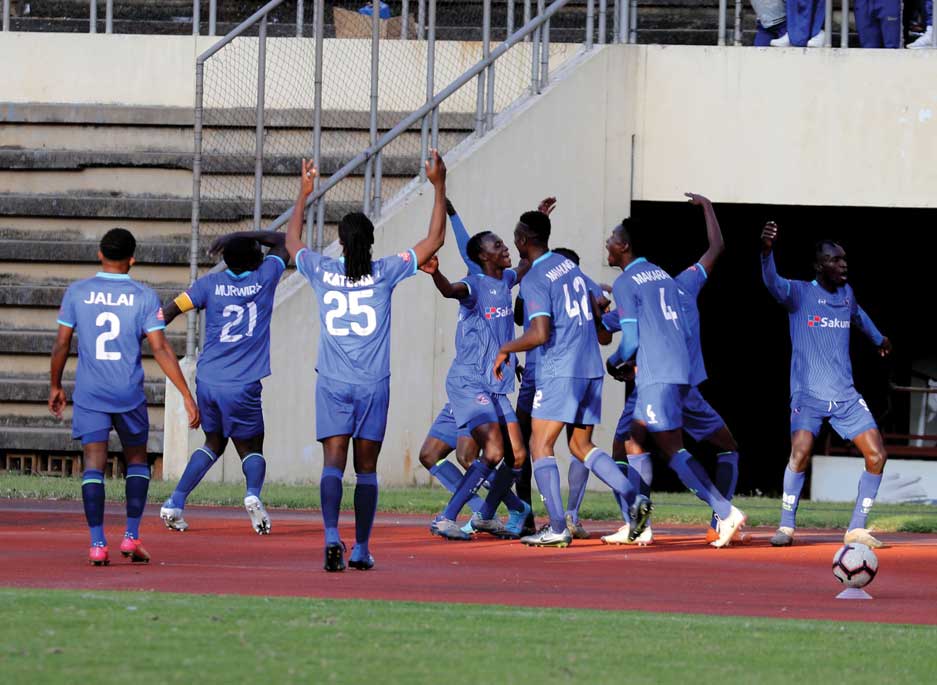 Surely 12th position out of 18 teams is not the position that Caps United should be especially when the other big boys of Zimbabwean football like Dynamos and Highlanders are not doing all that bad.

BY MICHAEL KARIATI THE Castle Lager Premier Soccer League has gone on a two-week break, and for that matter, good for those who follow the Green Machine of Caps United.

This might look like a joke but this is the truth as the former Cup Kings desperately needed such a break to wipe off their tears brought about by the severe beatings from the opposition.

It surely has not been a good time for the followers of Makepekepe who could not endure the frustration of watching their team being hammered left, right, and centre, and for that matter, including 3-0 hidings by FC Platinum and their bitter rivals, Dynamos.

Surely 12th position out of 18 teams is not the position that Caps United should be especially when the other big boys of Zimbabwean football like Dynamos and Highlanders are not doing all that bad.

Some have even gone to the extent of insinuating that the mid-season break was forced onto the clubs by PSL president Farai Jere and intended to give his Caps United side a break from the beatings.

This, however, is not true as the PSL has always had a mid-season break, a time the leadership has always given its clubs the chance to buy new players or offload those they deemed to be excess baggage.

Sadly, though, the Green Machine do not have the money to buy new players and worse still there are few players right now willing to join this club considering the situation at hand.

In addition, the PSL has always maintained that the players needed time to rest at the halfway stage before regrouping to complete the remaining part of the grueling program.

What is interesting is the fact that Dynamos coach Tonderai Ndiraya thinks the break was ill-timed while at the same time FC Platinum mentor Norman Mapeza is of the opinion that two week break is little.

Ndiraya’s line of thinking does not surprise coming from a team like Dynamos that is on fire but the same cannot be expected from the likes of Caps United, ZPC Kariba, Wha Wha, Bulawayo City, and Cranborne Bullets, who need a tactical rethink and probably fresh inspiration as well.

Another school of thought, however, is of the opinion that this break was not necessary considering the fact that the clubs had just returned from another one week break – brought about by violence at a match between Dynamos and Highlanders.

They are of the opinion that stopping the programme because of violence involving two clubs was belittling the other 16 teams that make up the 18-team assembly.

Whatever the debate is, the fact remains that nothing will change during the break and when the teams regroup, Chicken Inn will still be at the top, one point above Dynamos, with FC Platinum in third place.

Cranborne Bullets, ZPC Kariba, Bulawayo City and Wha Wha, will still be at the bottom and out to fight for their survival in the Premiership in the remaining 17 games.

Ironically, three of the teams which are occupying relegation positions, Cranborne Bullets, Bulawayo City, and Wha Wha, were promoted into the Premiership last season.

Tenax too who were promoted from the Eastern Region and in 13th place, one point above Cranborne Bullets are not safe, something that tells about the level of football in Division One.

Sadly, there is no Premiership action this weekend and next weekend too, and what football fans are missing is that exciting football as goals were raining at will while individual flair was slowly coming back.

All in all, the clubs were playing an attractive brand of short passing football but sadly missing were the fans to add colour to the party.

Even the effects of the Warriors’ absence are not being felt as the Premiership has gathered momentum both at the top and at the bottom with chances that any of Chicken Inn, Dynamos and FC Platinum will win the title,

Bookmakers too also are prepared to offer odds that come the return of football on June 25, Wha Wha will not survive their existence in the Castle Lager Premiership.

However, when football returns, what we do not want to see are the unnecessary disruptions like the one week break that followed the mayhem at Barbourfields Stadium which only help to destroy the football rhythm.

What we saw during the first half of the season should just be an appetizer with more of the exciting stuff to come in the remaining 17 matches ……Kepekepe bhora….!!!!!

Kadewere relishing duel with ‘hero’ Benzema
Kadewere has since recovered from the long term injury and has been featuring regularly for Mallorca who are currently in 10th position on the LaLiga table with 25 points from 19 matches.
Sport
By Daniel Nhakaniso
23h ago

Zimbabwe still alive in rain-interrupted Davis Cup tie
The country’s number one player Benjamin Lock ensured that the hosts remained in firm contention after putting on a spirited performance to beat Uruguay’s Martin Cuevas.
Sport
By Daniel Nhakaniso
23h ago

Zim players trekking to Botswana as SA becomes difficult to penetrate
And it is the Botswana Premier League that has been absorbing much of the Zimbabwean players in recent times.
Sport
By Terry Madyauta
23h ago

Inside Sport: Nakamba better off in the Championship
In as that may, leaving Aston Villa does not mean the end of the world for Nakamba, who at 29, still has the time to prove a point to those who have always doubted his worth.
Sport
By Michael Kariati
23h ago

By Michael Kariati 23h ago
Inside Sport: Nakamba better off in the Championship