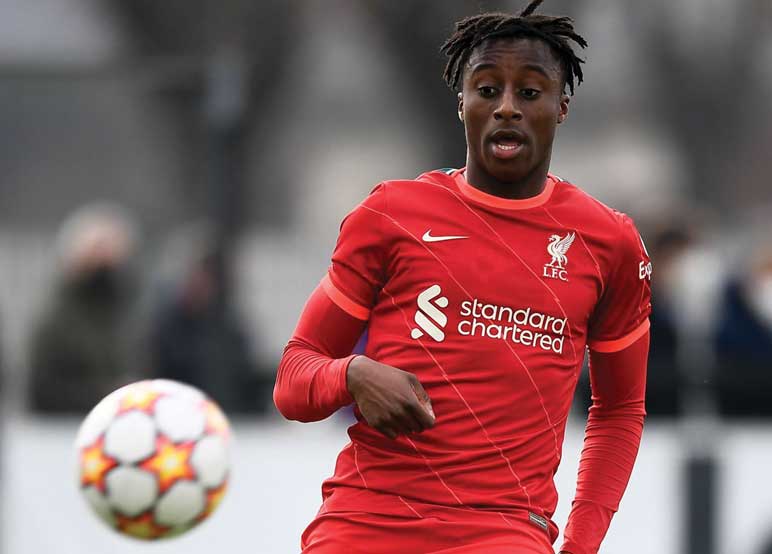 The 17 year-old teen star, who was born in Preston, England to Zimbabwean parents is one of the several players in the diaspora being targeted to represent the Warriors in the future.

ZIMBABWE’S hopes of luring Liverpool starlet Isaac Mabaya to represent the Warriors appear to be fading.

The 17 year-old teen star, who was born in Preston, England to Zimbabwean parents is one of the several players in the diaspora being targeted to represent the Warriors in the future.

However, it is increasingly becoming clear that the southern African nation faces a difficult task to convince him to switch allegiance from England as his stock continues to soar at Liverpool.

Barely three days after putting on an impressive show against Juventus Under-19 in the Uefa Youth League quarterfinals, Mabaya, who a key member of the Liverpool Under-19 team was rewarded with a maiden call-up to the England Under-18 team.

Mabaya, who has been enjoying a rapid rise at English Premier League side Liverpool, will join up with the Young Lions, who travel to Marbella, Spain to play Sweden and Denmark.

The Ryan Garry-coached England Under-18 side will come up against Sweden at the Marbella Football Center on March 25 before facing the Danes at the same venue three days later.

The squad will meet up in Hertfordshire on Tuesday before travelling to their base in southern Spain.

Mapaya is not new to the England setup having previously represented his country of birth at Under-15 and Under-16 age groups, which makes his natural progression to the Lions in the future a real possibility.

Nonetheless he could he could still switch allegiance to Zimbabwe in the future, should he decide to represent the southern African country at senior international level.

Mabaya joined Liverpool’s youth ranks as a six-year-old, and due to injury problems his progress to the fringes of the Liverpool first team is still in its infancy.

But having stepped up from the U16s to the U18s last season, the 17-year-old has been making his mark under Bridge-Wilkinson.

Though he is a natural midfielder, Mabaya has been used as a right-back on a number of occasions this season, and his ability to drive past players with pace and power has earned him comparisons with Liverpool first team star Alexander Arnold.

After progressing at the youth ranks, Mabaya made a big step in his fledgling career when he signed his first professional contract with the club in September, and is tipped for big things in the years ahead.

He made the first big step towards making his senior Liverpool debut after being named in the matchday squad in January for the FA Cup third round tie against Shrewsbury and will be aiming for more similar opportunities before the end of the season.