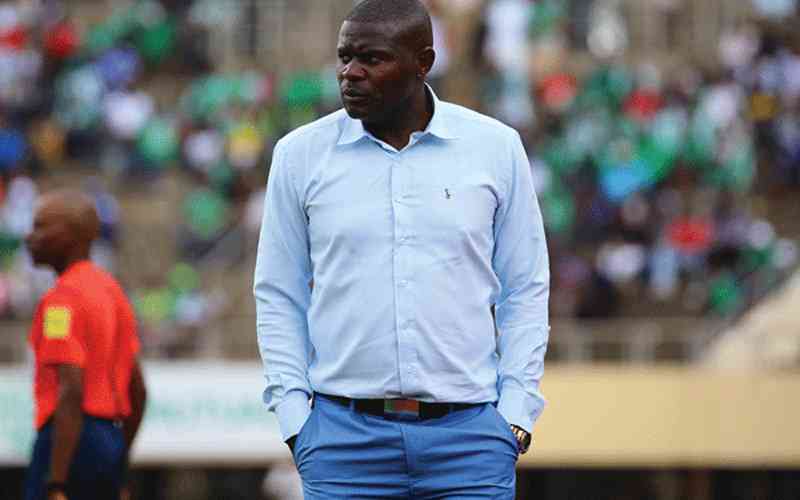 CAPS United coach Lloyd Chitembwe is happy that the season has ended after his team endured a difficult season in which their stay in the top-flight league was under serious threat.

The Green Machine spent the better part of the campaign entangled in the relegation matrix, while off-field problems, manifested by players going on strike over unpaid dues, took their toll. However, positive results in their last five matches capped by a fine performance in the last game of the season against bitter city rivals Dynamos on Sunday, saw them eventually finishing 10th on the 18-team log.

And Chitembwe, who led the club to their most recent championship in 2016, which was their first since 2005, heaved a sigh of relief at the end of the final match of the season and that he couldn’t wait to take a break from the game.

“For me, it’s like two seasons put together. I just can’t wait to take time off. I really need time to go and relax and rest. But I know the other season starts very soon, I take cognisance of that but it’s important not to get stuck in your challenges. You need to walk with your head up and we need that, especially at this moment but it was a very tough season for me personally,” he said.

The Caps United coach also observed that the Harare derby, despite both teams fighting for nothing but bragging rights, lived up to its billing.

“It was a very good game of football,” said Chitembwe.

“It was a balanced match. Both sets of players really reserved the best for the last though in a worthless cause. The boys played with a lot of courage and energy. The flak that they got during the course of the week, when people were saying the derby had died, especially with regards to performance of players, really injected a lot of desire in them. For me, I really enjoyed the game.”

Caps United got their solitary goal from William Manondo who converted from the spot to take his goal tally to 17, to beat rival Walter Musona of FC Platinum, who ended the season on 14, to the Golden Boot award.