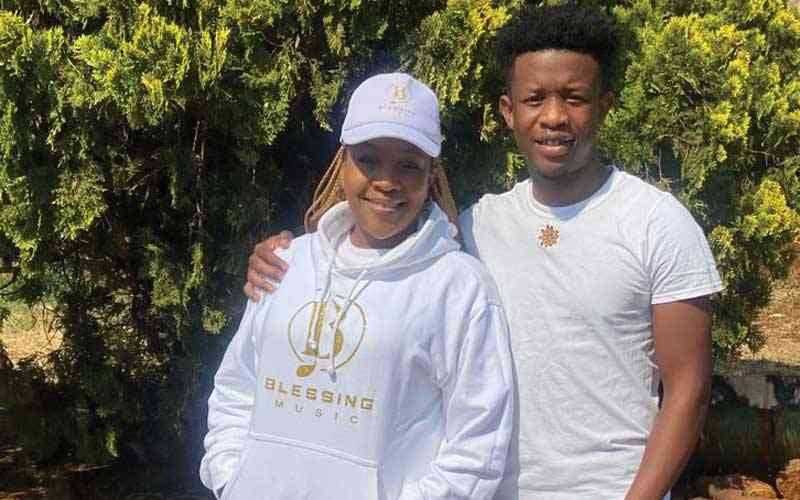 CHILDREN are in a strategic position to regularly observe their parents working and often become inspired by them.

While this may go against the advice of many consultants, career-wise, some children tend to follow in the footsteps of their father or mother.

This might be the case of 24-year old trailblazer, Kundai Tazarurwa.

Kundai is passionate about creating photographic moments and his own reality.

This has bolstered his career both as an aerial photographer and videographer.

That he comes from a family with a media background is a plus, he  told me with a chuckle.

His father is in the media, advertising and filming industry and his mother Blessing Deve is a singer and  video editing professional.

In 2017 Kundai took the big step to follow in his parents’ footsteps.

One day he just picked up a camera at home and asked his dad if he could use it for photo shoots.

It does not need any guessing of the father’s response, he was in the affirmative.

“I started off with families as some of  my major clients. At that time I believe there were really horrible pictures that I took.

He was not discouraged and invested hours upon hours of YouTube tutorials and research.

“I was a beginner, but that did not stop me from trying to improve my work.”

In no time the quality of his work was perfected and he ended up doing photo-shoots for multiple individuals and got big contracts from corporates.

“I have worked with many corporates and that has really opened up my creative eye,” he said.

“I saw that there was a need for aerial photography and aerial visuals after identifying their requirements I developed myself to be a drone pilot too.”

Coincidentally, in 2019 one of his father’s friends came home, and  offered his  drone for sale.

Kundai was very excited and this forced his father to take up the offer.

That was the beginning of his aerial photography  business. It began  in the agricultural sector, doing work for farmers.

“I am grateful that I found my talent at a young age. It has enabled me to inspire others of my age group because some haven’t found their talents and passion.

“My advice to my peers is that what you like doing most is your passion, turn that into business and make money,” he said.

He does not believe in having one source of income.

“As youths in the creative realm, we have to really channel our abilities to expand your revenue streams.

Kundai used to be an anti-social person, but his career has taken him to many places around Zimbabwe.

The networks he has built have opened him to work with blue-chip companies.

“Generally in life you need to have people around you and to network,” he said.

Aerial photography is his specialty and most of his work is referral, and this is positive feedback on the quality of his work.

“Most of the work I just get calls from clients who say I have heard that you do photography,” said Kundai.

A car fanatic, he is planning to do a television show in the mould of British motoring magazine and factual television programme, Top Gear.