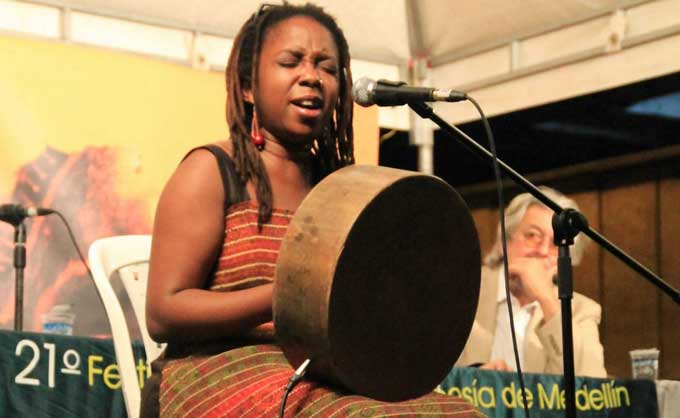 As we celebrate Zimbabwe’s Independence Day next week on April 18, it is imperative for the current wave of artists to focus on the culture and heritage which is prevalent in Zimbabwe as a country with 16 ethnic groupings.

QUITE a number of reminiscing artists have cemented a very deep cultural exportation of their art to the vast expanse of the globe.

The whole essence of art is in its relation to the aesthetics of culture, which remains central in influencing the creative drive of the different artists.

Art is not a mere story line but is an exportation of an individual identity that comes from a family and that family exists within a community.

As we celebrate Zimbabwe’s Independence Day next week on April 18, it is imperative for the current wave of artists to focus on the culture and heritage which is prevalent in Zimbabwe as a country with 16 ethnic groupings.

A cultural diplomat is someone who adopts the aspects of cultural pluralism.

However, Zimbabwe manifests itself in an already divided artistic environment based on the rubrics of geographical location.

This has made a great many artists create for a local audience rather than the stretching of the artistic boundaries beyond the borders.

To achieve this originality is something which is needed, and which remains of high exportable value.

Look at the examples of Mokoomba, Bhundu Boys, the late Chiwoniso Maraire, the late Oliver Mutukudzi and Thomas Mapfumo in regards to the power of their influence globally and how they have managed to put Zimbabwe on the map despite their cultural depth and use of local languages.

Artistic diplomacy is something which the modern day artist in Zimbabwe has to adopt.

Cultural diplomacy means that the role of the artist is to market Zimbabwean culture to the globe.

As the world is adapting to the new normal of living within the different Covid-19 variants, there is a need for the artist to play a critical role in marketing the mixture of Zimbabwe’s tourist destinations, promotion of local tourism and showing people the different cultures of Zimbabwe.

One of the challenges that artists face is that they tend to adopt foreign genres and gimmicks rather than adopting the true essence of their innate cultural aesthetics and identity.

The exportation of Zimbabwe’s cultural heritage is something that the different artists have to focus on.

It enables them in the process to be involved and also facilitate different cultural exchange programs.

One very deep aspect about the art of cultural diplomacy is in how it facilitates the creation of jobs through an enhanced tourism sector which has a direct link with the arts.

Enhanced tourism in line with the Covid-19 regulations can also mean the revitilisation of arts festivals which bring in more tourists and promote cultural integration, which in turn brings income within the locale.

The whole essence of being an artist is to export something which orients to the cultural aesthetics, social commentary through music, sculpture, photography, local cuisine and different forms of cultural dance and theatre.

The artist should never limit oneself to a predominant focus on the gimmick, but focus should be on how the product can be exportable.

In the topic of cultural exportation, embassies play a very critical role as they are the institutions that export the culture of Zimbabwe through arts, and they also share aspects of the culture of their countries through other artists.

Embassies also have at their disposal the important funding and grant opportunities that artists need.

In as much as embassies are central figures that play a pivotal role in working with local artists; I would like to specifically give mention to the Alliance Francaise which remains pro-active in its attempts to foster cultural diplomacy in the Zimbabwean context, and to support artists.

The government has the mandate of enhancing the visibility of artists on an international scale, and this can be actualized in the opening up of the media waves through the creation of more localised and community-based radio and television stations which can broaden the scope of the arts.

The government also has the role of revitalising the arts industry as a whole.

The challenge is in how the parent ministry responsible for arts is working with artists, which is mostly theoretical rather than practical as there has been no effort for meaningful engagement.

These negatively affect the arts sector as up-coming artists then fail to advance their art to the vast expanse of the globe.

It also fosters processes of social cohesion and in the process nation building.

There is a need for the artist to refocus on the de-colonial future, which is premised on the need to restore the different stolen artifacts and the restoration of the lost historicity of the pre-colonial past.

The modern day artist has the challenge of being active in the processes that involve cultural diplomacy in the exportation of Zimbabwe’s vast expanse of culture and heritage.

But this also needs government support, as well as support to the arts sector by other relevant stakeholders.