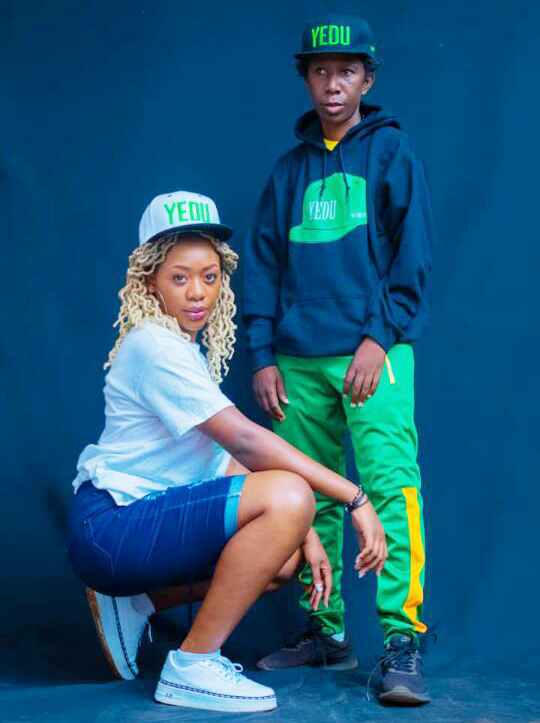 Jah Bless said he was going to twin his musical business and his newly unveiled clothing brand adding that the two were inseparable.

By Alfred Tembo The music industry does not offer easy money as perceived by most people and one  has to work hard, says Tavona Kevin Padoro, aka Jah Bless

Speaking to Standard Style, Jah Bless also known as Ganjahtrix said: “Music is a calling and you just have to do it.”

“Forge your way through and the challenges, if really one is a true artiste they will stay in the game.”

Jah Bless said he was going to twin his musical business and his newly unveiled clothing brand adding that the two were inseparable.

“The clothing brand will be on and off stage of my life,” he said.

“It represent the philosophy that one is two and everything depends on one’s point of view.

“I will campaign and promote the brand and it will be acceassible everywhere. It will be available in anyplace possible.”

He said Yedu was yet to be launched officially, but it’s availability on the market has already registered a positive mark.

“It has been accepted for its originality and quality,” Jah Bless said.

“As a typical global brand, Yedu gives you a sense of ownership and freedom of expression through fashion. In full it is called Yedu Lifestyle.

“Its yet to be launched, it was introduced to the market some two months ago

“We intend to set up an online store, after which we will launch and release a catalogue.”

The clothing line is a joint venture between Neveah Publishing an American company, which has seen an opportunity in designing, branding and promotions and Jah Bless a Zimbabwean reggae dancehall artiste, who intends to create multiple sources of income for his musical company.

“We started with sports and leasure inspired wear, with time we will bend to market demands.”