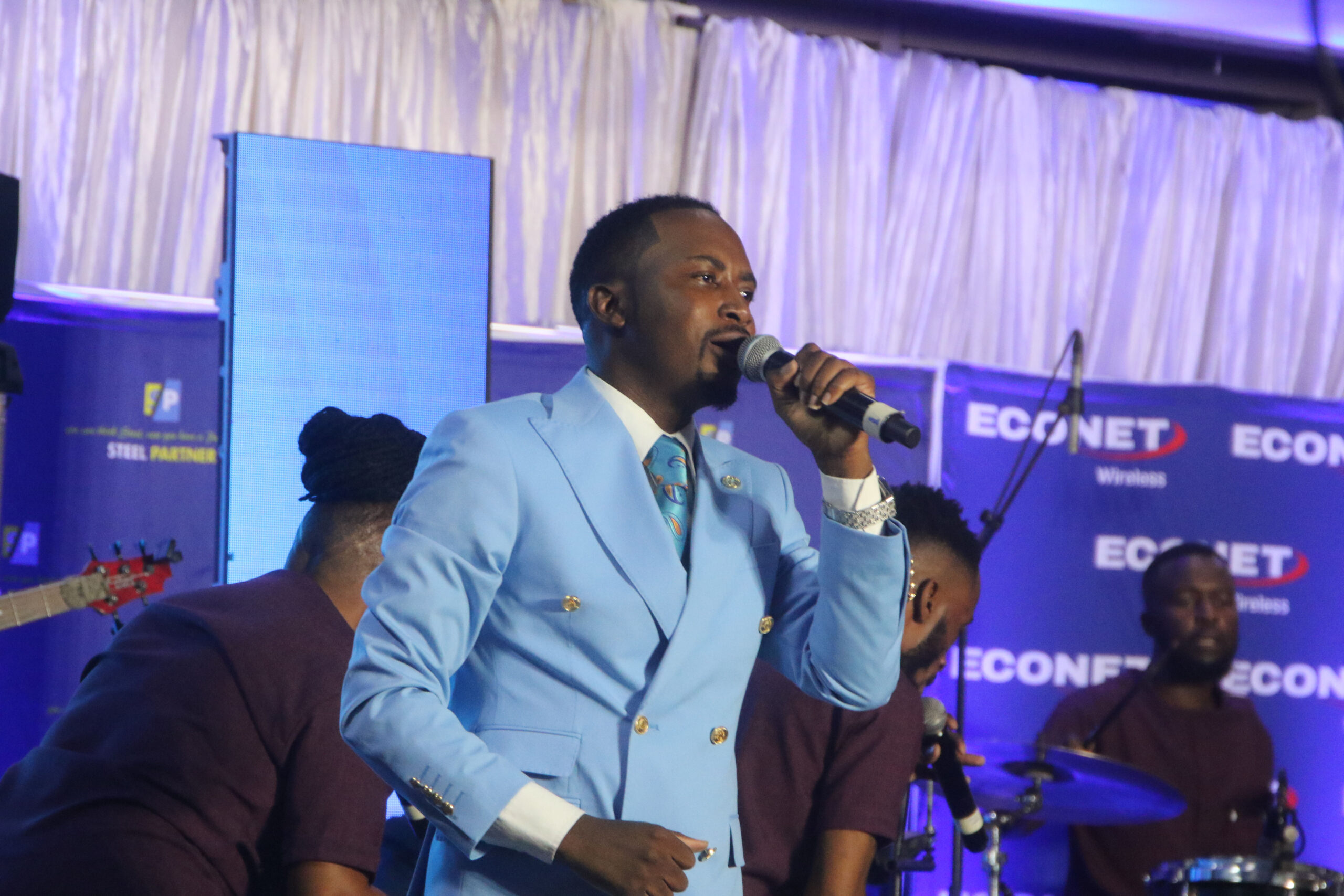 GOSPEL musician Mathias Mhere last  Wednesday launched his 10th album titled Thanksgiving in Harare which he said was a way of thanking God for grace and success.

BY KUDZAI CHITSATSO GOSPEL musician Mathias Mhere last  Wednesday launched his 10th album titled Thanksgiving in Harare which he said was a way of thanking God for grace and success.

“I would like to thank God for his grace. It is by his Grace that our launch was a success not by our efforts,” he said.

“We could not do this on our own but God was with us all the way and step by step. So all l want to say is thank you Lord.”

Mhere believes the album will bless people in different ways.

The album has 13 tracks which largely appreciates and honours the Lord for his grace on Mhere.

Mhere, Dorcas and Freeman unveiled the album by performing track number 2 , Acharwa Ndinyerere in front of a responsive audience.

Another artiste who graced the launch is none other than gospel legend Mechanic Manyeruke who performed his song Moses and the fans sang along.

Acharwa Ndinyerere, brings in a message that the Lord is going to fight all his battles and it was liked by his fans when he performed it. Mukadzi akanaka (track three) also tackles marriage statuses today and that divorce is sometimes caused by a misunderstanding and a good partner comes from above.

Mai TT, who was emceeing the launch together with Comic pastor, also performed her song Mwari Makanaka and on Thursday after the launch she posted on her Facebook page that she was honoured to have been given a platform to sing one of her songs. Madam Boss was also present supporting man of the moment dressed in a blue suit.

The Junior Sables were crowned African champions in April following an upset 19-14 win over Namibia in the final of the Rugby Africa Under-20 Barthes Trophy in Kenya. The memorable victory in Kenya earned them an invitation to compete against hosts Canada, Uruguay and Chile in the U20s Canada Conference 2022, which is being organised by Rugby Canada in partnership with World Rugby.

With the current challenges presented in the form of power outages by power utility Zesa, renewable energy has risen to the occasion as the best alternative and, although it has come up slowly in adaptation, biogas is fast becoming the go-to option in the rural areas.

Reinsurance is insurance bought by an insurance or assurance company to cover claims in times of distress while reinsurance risk retention measures planned acceptance of losses by deductibles.

The Uzumba born musician last dropped an album in 2019 but it did not perform as expected due to Covid-19 restrictions.

By The Standard Aug. 7, 2022
Junior Sables confident ahead of U20s Canada Conference

By The Standard Jul. 31, 2022
Biogas the panacea to rural energy challenges